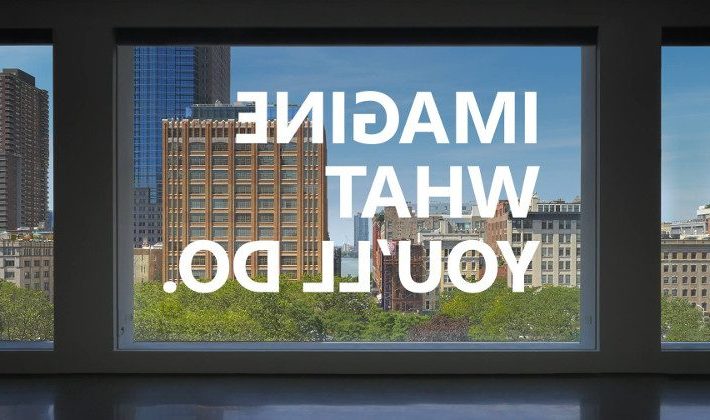 At the annual Surface event, this time dubbed as the Windows 10 event, Microsoft showed us its new, really good looking and innovative devices, as well as software tidbits that we are really happy to see. The company showcased Windows 10 Creators Update, a new update that is expected to become available in April 2017.

Windows 10 Creator’s Edition features Paint 3D, better gaming (including 4K and in-game broadcasting) features, a new photo and video sharing feature, as well as Augmented Reality (HoloLens) and Virtual Reality (Windows VR) updates. This is the update that was formerly known as “Redstone 2”, with Insiders Preview to follow later this week. To inspire a new wave of creativity, Microsoft is partnering with Trimble to bring the 3D modeling program Sketchup and its millions of creators and creations from 3D Warehouse – to Remix3D.com.

The main part of the announcement was the launch of new Surface products, as well as the surprise announcement of Windows VR platform, which is set to launch at $299. We have covered that announcement in the separate story: Microsoft Windows VR Headsets Coming in April 2017.

For the most awaited portion of the launch, Microsoft revealed a brand new Surface Book featuring the very same 6th Generation “Skylake” Intel Core i5/i7 processors and upped the graphics processor from NVIDIA GeForce GT940 to a GTX 965M, making it the fastest Surface Book to date. Furthermore, the new version also has a longer battery life, of up to 16 hours. Like its predecessors, the screen is detachable from the base, so you can use it like a laptop or like a tablet. We really like the looks of new Surface Book, screen, and features, but what the hell is going on with hardware they are using?

If only they used 7th generation processors and be the launch partner for GTX 1050M or maybe a cut down version of 1060, we would approve this product with accolades. The reality of this “launch” is that Microsoft “pulled an Apple,” featuring a two year old mobile graphics chip and a 14 month old processor. To make the matters worse, Apple’s event is happening 24 hours after the Microsoft one. That event will see the unveil of new MacBooks, with both MacBook and Pro versions featuring 7th Generation “Kaby Lake” processors. Personally, I absolutely love Surface Book concept, even though I would love to see a Kaby Lake based i7 and a GTX 1050 or 1060 inside, even in their most power saving variants. If you are interested in buying Surface Book, shipments start on November 10 but be prepared to drain your bank account as pricing starts at $1,499 for i5 version, or $2,399 for i7 and if you choose a 1TB SSD, the price could go all the way to $3,299.

We mentioned Surface tablet in title only, and there’s a good reason for that. For reasons (un)known, there’s no Surface 5 or Surface 5 Pro. It looks like Apple, and conventional PC vendors “scooped” up all the available supply of Kaby Lake processors, leaving Microsoft stuck on Skylake processors. Given that Kaby Lake-based Dells and HP are now even getting a $100 discount from Intel, it is obvious Microsoft “got the shaft” from the other side of Wintel alliance. We’ll see how Microsoft will respond to this… insult?

Surface Studio: Amazing and Flawed at the Same Time

This is probably the biggest surprise and the next “big thing” from the innovative Surface team. Microsoft showed us their first All-In-One PC, called Surface Studio. The maxed-out version of this device features a Skylake-based, 6th Generation Intel Core i7 processor, NVIDIA GeForce GTX 980M GPU, 32GB DDR4 memory, a 2TB SSD and a 28″ screen with a 3:2 aspect ratio with a massive 4500 x 3000 pixels resolution! The Surface Studio features an all-aluminium body, thickness of just 12.5mm and it comes with a “zero-gravity hinge” made out of 85 different parts. Those 85 parts enable you to transition the screen from desktop to studio mode. It looks really cool, but the bad news is the pricing. This Apple iMac rival starts at a massive $2,999. Limited availability is planned for this holiday season, with more volume coming in early 2017.

Sadly, just like the Surface Book i7, Surface Studio suffers from the same problem: outdated hardware. Its brain, 6th Generation Core i7 processor was launched in August 2015, while the heart, Maxwell-based GTX 980 was originally launched in September 2014, more than two years ago. True, the mobile version i.e. 980M didn’t launch until October 7th, 2014. a Yes, two year old graphics card is supposed to power a massive 12.5 million pixel resolution without any stuttering or glitches. Given that realistically speaking, Surface Studio is a “2017 model”, advertised as a “Powerful workstation designed for the creative process,”  running what will be three year old Maxwell-based graphics in the year when Nvidia will have both Pascal and Volta is a bit… mistimed. For example, GeForce GTX 980M is a 100 Watt part. Inside that power envelope NVIDIA today offers a GeForce GTX 1070. GTX 980M can deliver 3.19 TFLOPS. GTX 1070 delivers 5.9 TFLOPS.

The reason for that might lie in an review / article on Penny Arcade. Apparently, Microsoft invited Gabe to check out the Surface Studio while it was still in the development:

“About a year ago they invited me over to show me a brand new device. I ended up in a little tiny room with a sheet covering something on a table in front of me. I was super curious what it was all about and when they pulled the sheet off I saw the Surface Studio. I drew on the device for a while and even though it was early, I came away really impressed.

When I first saw the device months ago in that secret room at MS, they asked me what I thought.  I said, “Well I have no idea if anyone else will want it, but you have made my dream computer.””

The only thing they forgot to do is to update the hardware from that prototype.

Also coming up is the Surface Dial, this peripheral will ship on November 10 for $99. It is available free of charge for all customers that pre-order the Surface Studio. The Surface Dial is puck alike peripheral that is used like a modern twist on a paint palette. When the Dial is placed on the Studio’s screen, a radial menu pops up all around it. Different color or brush options might pop up, for example, when a painting app is on screen. Presumably, other apps can create custom menus as well. It can also be used to navigate and pan around an image.The dial is rotated to control what’s on screen, and it uses haptic feedback to register the click of different options along the way. The idea is to get artists and designers using both of their hands at once for a much more natural experience. Other apps can also create custom menus and it can also be used to navigate and pan around an image.

Overall, mixed emotions over this event. Amazing industrial design is met with outdated hardware specifications. Now, where did we heard that one?