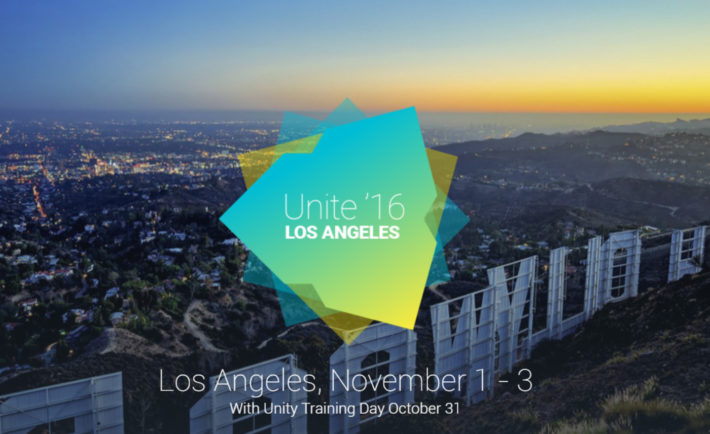 UPDATE November 2nd, 2016 18:02 GMT: We received note from the PR team that the date for the release of EditorVR has shifted to “middle of December”, thus disregard what was said during the keynote video.

Following the Unity Training Day on Halloween, October 31st, Unity launched pretty awesome features during the opening keynote for Unite Los Angeles 2016 conference. From Unity to Facebook we could hear a lot about new tools and features to provide enhanced graphics, performance, and production processes across console, mobile, VR and AR development, including Timeline, a new video player, and Octane Render. Also we found out more about New and expanded partnerships with leaders in software, platforms, and hardware to better serve and scale the growing community of Unity creators worldwide including Facebook’s new dedicated PC gaming platform, Google Daydream, the upcoming Nintendo Switch and Unity powering Super Mario Brothers Run on iOS/Android.

“Graphics are at the core of everything we do, and today’s updates will ensure Unity developers have a strong foundation for creating compelling content across all platforms,” said John Riccitiello, CEO, Unity Technologies. “And with new tools like EditorVR and Timeline, we continue to focus on solving hard problems for creators today, enabling success, and laying the groundwork for years to come.”

The biggest news was the new partnership with Facebook, which officially launched the new downloadable PC gaming distribution platform called Gameroom. The “Steam of Facebook” is trying to make a new destination for people to play, and also for developer to easily bring games into Facebook’s ecosystem. Gameroom is available for Windows 7 and up, and it allows gamers to easily discover, share and play games they love.

“This is a place where games and gamers across all genres are celebrated. We built an immersive experience dedicated to gaming thus allowing developers like yourselves to tap into the massive audience on Facebook,” said Leo Olebe, Director in Global Games Partnerships, Facebook.

If you want to check up and Discover a better place to play you can check it out here: https://www.facebook.com/gameroom

Unity also revealed the new version of its EditorVR authoring tool and confirmed it will be available in the middle of December. At launch, the package will be completely open-sourced and feature an open API to easily extend, adapt, and customize tooling to suit individual needs. Google also announced Unity Daydream support, confirming that a native Unity integration, currently in technical preview, will arrive in Unity version 5.6. The Play Store will also be compatible with VR, allowing users to browse and buy right from within VR environment.