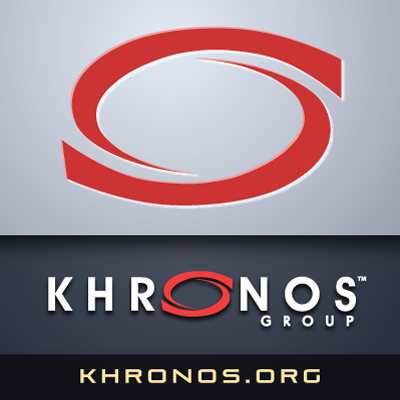 The Khronos Group, an open consortium of leading hardware and software companies, have just announced a call for participation in a new initiative to define a cross-vendor, royalty-free, open standard for access to modern virtual reality (VR) devices.

“Virtual Reality’s success is dependent on a large thriving market of hardware where casual and professional consumers alike can take their pick without worry of fragmentation and incompatibility,” said Christopher Mitchell, OSVR business lead, Razer. “This has been OSVR’s vision from day one and we are thrilled to be a part of the Khronos Group in order to push standardization of interfaces across the industry.”

The standards body noticed the platform fragmentation that’s forcing VR applications to be ported and customized to run on multiple VR runtimes and also requiring GPUs and displays to support multiple driver interfaces. This problem occurred because of rapid growth of the virtual reality market, and The Khronos Group decided to solve it. This fragmentation for example, prevents the creation of VR experience that can run across multiple platforms. This leads to creating more expenses for developers wishing to support multiple VR devices, and can eventually create more cost for the users. This situation may also result in sub-optimal display driver optimizations. 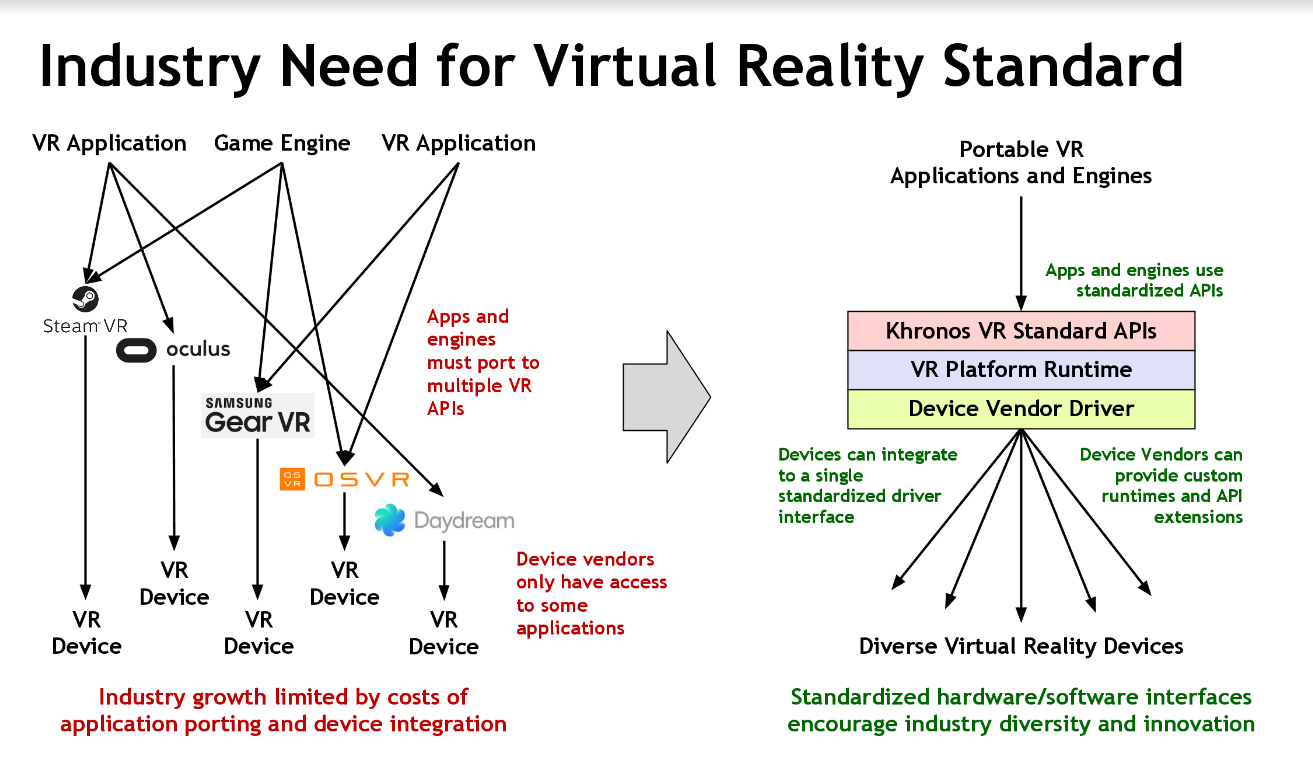 “The virtual reality industry has garnered massive attention and investment, resulting in validation of virtual reality technology. We believe continued growth will require standardization and AMD supports the Khronos initiative for an open standard,” said Daryl Sartain, Director and Worldwide head of VR at AMD.

Key components of the new standard will include APIs for tracking of headsets, controllers and other objects, and for rendering to a diverse set of display hardware. This standard will enable applications to be portable to any VR system that conforms to the Khronos standard, significantly enhancing the end-user experience, and driving widespread availability of content to spur further growth in the VR market.

“NVIDIA is excited to see the industry come together around an open standard for VR,” said Jason Paul, General Manager for Virtual Reality at NVIDIA Corporation. “NVIDIA is fully engaged at Khronos on building a new standard that drives wider adoption and cross-platform content for VR.”

The initiative is just starting inside Khronos and today’s release is a call for participation for companies that are not yet Khronos members. The Khronos Group itself has over 100 members, and quite the few companies already joined this initiative – but there is always room for more. Fast-paced work on detailed proposals and designs will start after an initial exploratory phase to define the standard’s scope and key objectives. Any company interested to participate is strongly encouraged to join Khronos for a voice and a vote in the development process. Design contributions from any member are welcome. More information on this initiative and joining The Khronos Group is available here.

“The number of VR systems on the market is growing rapidly. Most of these require separate API support from the developer, which is causing huge fragmentation for consumers,” said Gabe Newell of Valve. “Khronos’ work on a standard API to enable applications to target a wide variety of VR devices is an important step to counter that trend.”