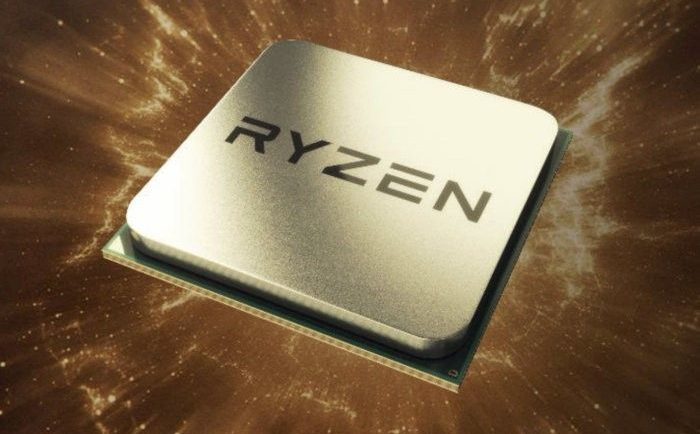 At their “New Horizon” event in Austin, Texas, AMD (finally) introduced the first production Zen processor. To make the matters interesting, the company did not show the high end version of the Zen architecture, but rather the entry level 8-core version. The demonstrations included several CPU-intensive workloads; Blender and Handbrake, 3D rendering tasks with the ZBrush and KeyShot. No enthusiast demonstration would be complete without gaming, thus AMD also included Doom, Star Wars: Battlefront (Rogue One DLC), Dota 2, and Battlefield 1 demonstrations. 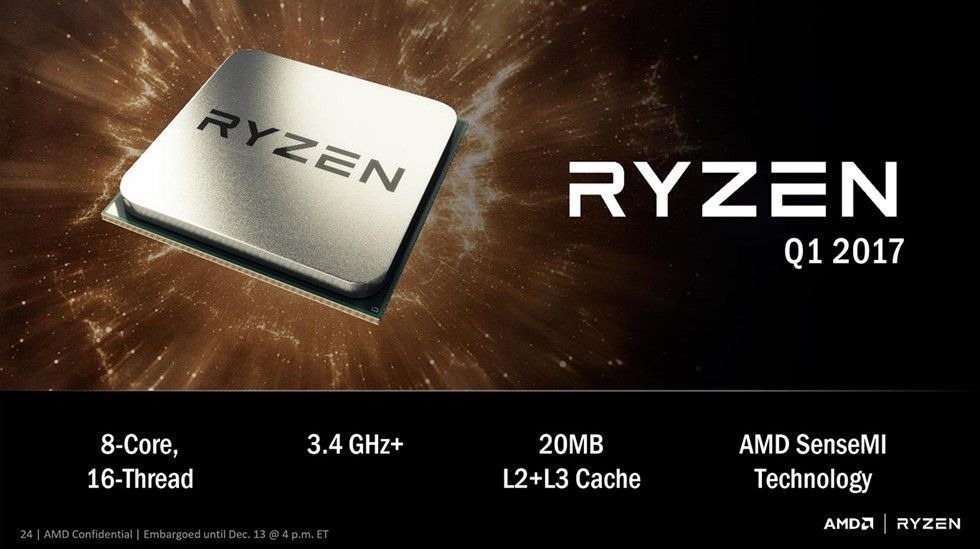 The event also featured a demonstration of base 8-core Zen (product line also to include sexa-core and quad-core processors) going against an 8-core Broadwell-E Core i7-6900K in a multi-threaded Blender workload. Earlier this year, AMD conducted the Blender test with both processors clocked at 3.0GHz to highlight performance on a level playing field. The event itself featured both processors working at their shipping clocks – 3.4 GHz in case of AMD and 3.2 GHz in case of Intel (3.7 GHz Turbo mode). AMD is hiding the Zen clocks, especially when it comes to the turbo modes. Sadly, AMD still uses FC-PGA (Flip Chip Pin Grid Array) instead of FC-LGA (Land Grid Array), which Intel abandoned over a decade ago with the LGA775 (AMD uses LGA on server/workstation processors). Intel system appeared to win by a hair, but AMD did not provide the actual time measurements – probably for obvious reasons. Same thing was seen in Battlefield 1 test. Both setups ran the game on 4K resolution providing a smooth gaming experience with FPS between 60 and 70. Overall these two processors seem to be neck to neck in a performance – given that Battlefield 1 is a GPU-bound game, not a CPU-bound one. 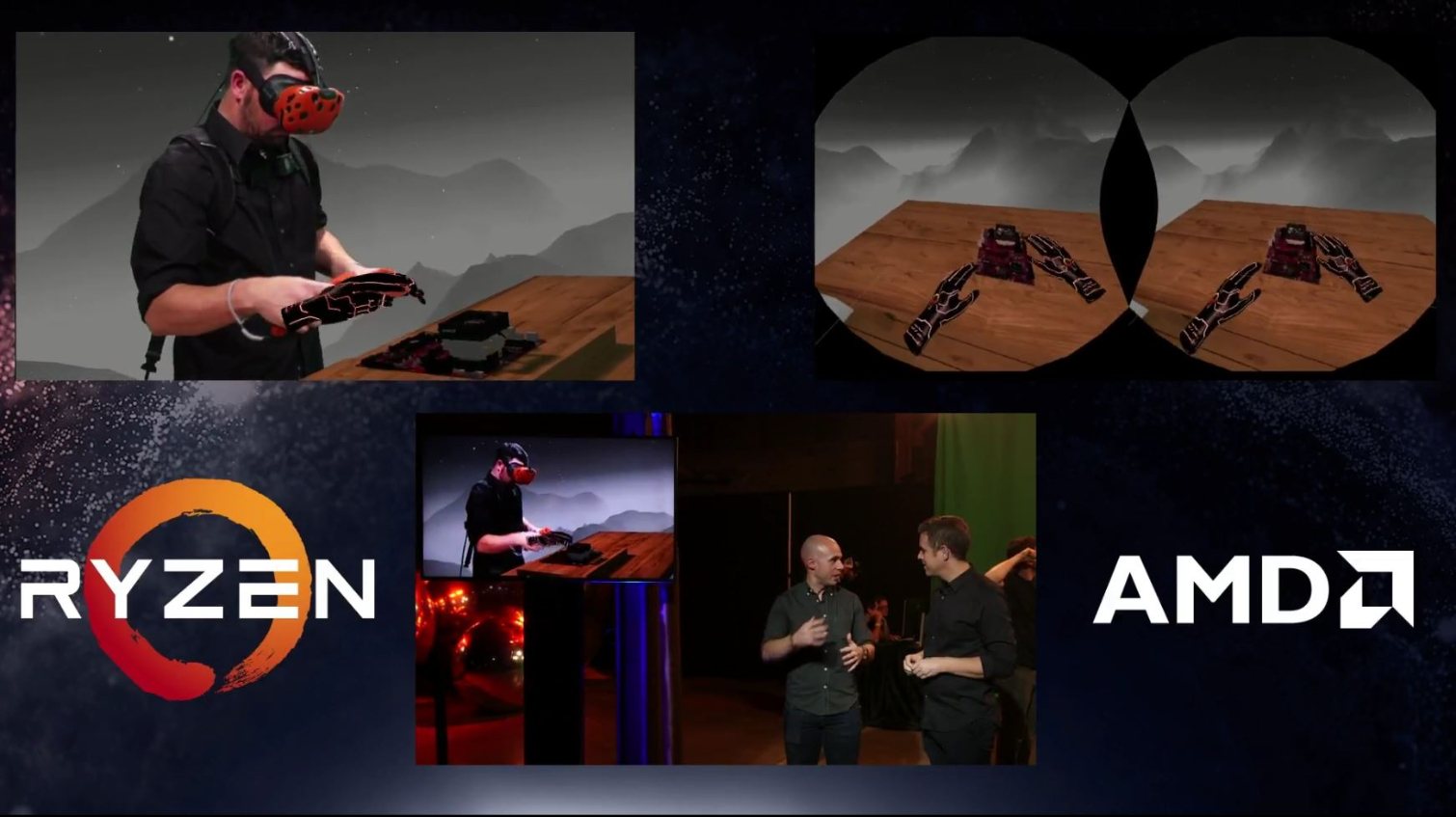 AMD’s Lisa Su said that the Ryzen processor is featuring a mere 95W TDP compared to the i7-6900K’s 140W TDP, which is impressive considering the close contest without Ryzen’s boost clocks. AMD is still tuning Ryzen, so they have room for more improvement. The results suggest the Ryzen CPU can provide comparable performance within a lower power and thermal envelope during heavy multi-threaded CPU-intensive workloads. Su also mentioned the i7-6900K’s $1,100 price tag but did not provide a comparative price for Ryzen. Rumored price for the demonstrated processor is $349, and should come to the market branded as RYZEN RZ7. The faster family member should carry a $499 price tag, and be the processor that will compete against 8-core Skylake-E (Q3 2017).

We still have to wait and see what the temperatures will be on this new CPU, and also the price. I also hope that this new Zen lineup will give some motivation to Intel, and eventually some competition spirit. This is the new era of processors.

As a sendoff, AMD’s CEO Lisa Su mentioned that Ryzen will be on desktop and notebook solutions (leaving out the server market, which could mean a brand distinction between both solutions), whilst reaffirming that Ryzen’s Q1 launch is completely on track, from the only company that has both high-performance CPUs and GPUs. And as an appetizer, the good doctor did say that Ryzen’s performance will only improve until their promised launch.

Now, the question is… will AMD bring the 32-core Naples to fight Skylake-E and Skylake-EP to the workstation / high-end enthusiast level? That processor could easily command the same price as an Intel Core i7 6950X / 7950X, or even more ($1799).