While it will be interesting to see can high-resolution Virtual Reality headsets such as the PIMAX 8K or Acer-IMAX-Starbreeze high-resolution StarVR re-enact the plot of TRON; but Virtual Reality is most certainly here and is set to revolutionize gaming faster than anything we’ve ever seen before. As youngsters, the N64 Rumble Pak was enough to blow our minds but we need something a bit more impressive nowadays to take out breath away – VR might just be what we’ve been looking for.

Video game developers have been working over the last two decades to create games that look better than ever before and the rapid advancement of technology has enabled them to produce some truly stunning spectacles – but what can they do with Virtual Reality? Good example of deep immersion in games can bee seen in titles such as Crytek’s The Climb for Oculus Rift, amazing Wevr’s The Blue for HTC Vive. Needless to say, there are dreamy games such as Robinson: The Journey and Ubisoft’s Eagle Flight.

At present, the games are quite basic and the graphics aren’t really up to the standard we’ve become used to thanks to the current crop of games from traditional games on Casinocruise to console titles on the PS4, but the fact we have VR games at all is incredibly impressive – they can only get better as time goes on and it’s unlikely to take long. The key for great VR experiences and games will be to have the game developers unlock themselves and start developing titles optimized for each platform – rather than starting low and then adding complexity.

We’ve seen this with the first generation VR games – something of a step backwards for most gamers as the average player these days expects to be dazzled by graphics and immerse themselves in a story, world or mythology. The graphics might not be there yet but the immersive potential of Virtual Reality can’t be beaten – the game builds a world around the player; it can’t be any more immersive than that. 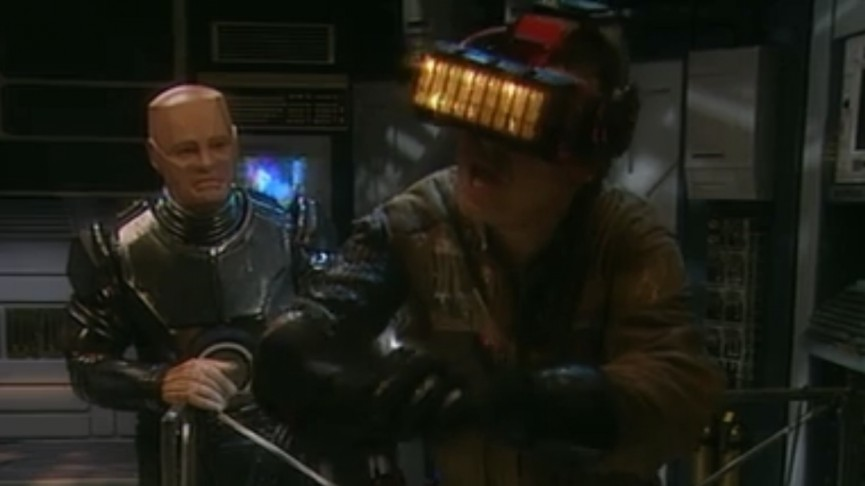 The topic of VR was covered in some depth by the TV Sitcom Red Dwarf as early as the late 1980’s and the current Virtual Reality systems aren’t million miles away from the “Total Immersion Video Games” the Dwarfers indulged in. There might not be any needles worming their way into your brain but the idea of an immersive video game has finally been realized – some thirty years after the Sci-Fi fans were desperate for it.

Sony are set to invest millions into their Virtual Reality peripheral for the PS4 and they have just started to reach the public. The early verdict is that the content is limiting but did anyone truly expect outstanding launch titles on technology in its fledgling years? The very first PlayStation hardly set the world alight in its first week so VR deserves a chance. Final Fantasy, Metal Gear Solid, Gran Turismo, Crash Bandicoot and others were the titles that made the difference and engaged its players.

In truth, Samsung released the first VR headset of note but they massively undercut the market by developing a headset that uses a Samsung Smartphone as the main screen the user will use to access the game. The titles are fairly basic but it’s a nice alternative to the more expensive peripherals that are entering the market.

In brief, the games will soon become the most immersive titles of all time and the affordability of the technology will soon swing in the favour of the average gamer – we’ve waited a long time for Virtual Reality and a few more months won’t hurt in pursuit of Total Immersion Video Games.