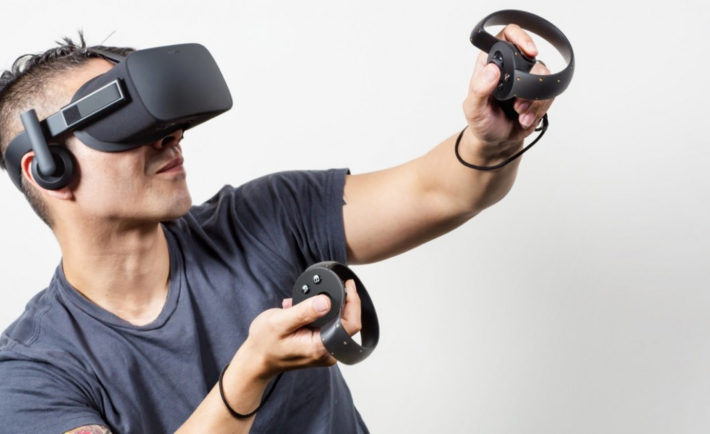 Whether the gamers like it or not; their conventional consoles and PC’s now face stiff competition from the emerging giant that is Augmented and Virtual Reality. The totally immersive gaming systems are set to revolutionize the way we play video games but are they also set to affect other parts of the gaming spectrum; gambling for example? We’ve touched on this subject a few times now, and regardless of how one could feel about it – the key to mass market acceptance are exactly applications which could be considered “adult only”, such as live entertainment such as Nanai or gambling. As we all know, betting projects such as Unikrn for eSports, or Draft Kings / Fan Duel in fantasy or long standing giants such as Ceasar’s Entertainment are moving in a big way.

Virtual Reality has been rumored as arriving “any time soon” for years now but we are finally at a stage where the technology is accessible and affordable along with the software and bandwidth requirements being met at last – VR is here and looks set to stay no matter your view on the situation. However, is the gambling side of gaming ready to embrace the totally immersive stylings of VR or is it a bit too soon to be rushing the players from desktop/mobile apps to a digitally recreate games found on online casinos, complete with tables, slots and various other games?

There’s no doubts at all that the market for VR gambling is already present and waiting patiently for their chance to stroll around digital Caesar’s Palace but it’s a huge step forwards for a large portion of the online gambling community. The more you think about what is possible via Virtual Reality; the less you believe that the initial gambling releases will satisfy the customers as much as the refined websites, applications and traditional land based casinos as it will be a long time before VR can truly flex its muscles and deliver on its potential. Although bingo sites such as Wink Bingo are usually very safe environments to game in, experts are suggesting that the VR gambling recreations should focus on the social side of gaming at first before introducing the money driven side of the industry as players will need to acclimatize to their new ‘surroundings’ before they can responsibly gamble their own money.

The dream is obviously to have a fully rendered version of a casino that the players can navigate via their headsets from table to table or slot machine to slot machine but this is a long way off as even the application stores themselves will hinder the progress of VR gambling. Steam store from Valve, Oculus Store, iTunes and Google Play will all continue to bar gambling sites from their product inventory. They may have relaxed in terms of the bookmakers and online casinos but VR has been introduced for gaming; not gambling, in the eyes of the store owners.

In truth, the gambling community isn’t ready for VR and a lot of work will be needed to bring the digital casino to the masses. Not just the software and technological side of the matter; but also the acceptance of gambling as a facet of the gaming industry – we have the technology but do we have the willingness? Not yet.