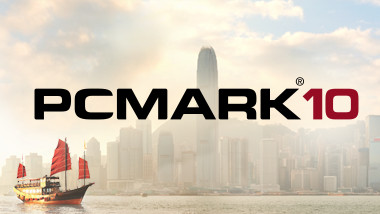 Several years ago, the testing giant UL acquired a legend of PC benchmarking, Futuremark Oy. Fast forward to Computex Taipei 2017, and the release of what is perhaps the most important productivity benchmark on the planet, one that influences government and business purchases, as well as influence the consumer. Unlike Intel-related BAPCo, no one can doubt the sheer lack of bias coming from UL.

Ladies and gentlemen, the time has finally come for “PCMark 10”. As the name says, PCMark is Futuremark’s family of benchmarks designed to measure overall system performance through tests that are based on real-world applications and activities.  Given the number of hardware and software vendors involved in creation of the new benchmark, we were not surprised to see household names. The benchmark is produced independently, but it is a result of Futuremark working closely with the leading hardware and software companies, from Adobe and Microsoft to the usual suspects (AMD, Intel, NVIDIA).

PCMark 10 is heavily Asian themed (picture-wise), something which the author of this lines finds very attractive – pictures of Hong Kong and Shanghai are joined with many others to create a variety of modern workplace tasks and appropriate workloads. Given that time is of essence, the main PCMark 10 test i.e. “Express”, which will take less than half the time of the equivalent test in PCMark 8. The regular run will take a substantial amount of time, while the “Extended” mode targets organizations which need to test and qualify a large number of systems.

There are three versions of benchmark: PCMark 10 Basic Edition is a free download which enables you to run the base version benchmark and see the result online. PCMark 10 Advanced Edition is a $29.99 purchase which includes all three performance benchmarks, in-depth hardware monitoring graphs and many more. PCMark 10 Professional Edition is a license-only version targeting businesses and commercial organizations which support command line automation and scripting. This is the version of benchmark which will run on hundreds of thousands, even millions of machines and components from world’s largest manufacturers, from Acer, ASUS, Dell or Lenovo to MSI, EVGA and others.

Lastly, we need to mention that over the next few months, Futuremark will be moving their websites and online services to a new site, located at http://benchmarks.ul.com. Thus, we believe we’re witnessing the final hour of Futuremark, company which practically invented the modern PC benchmarking after the fall of Ziff Davis test suite. Futuremark is UL now.