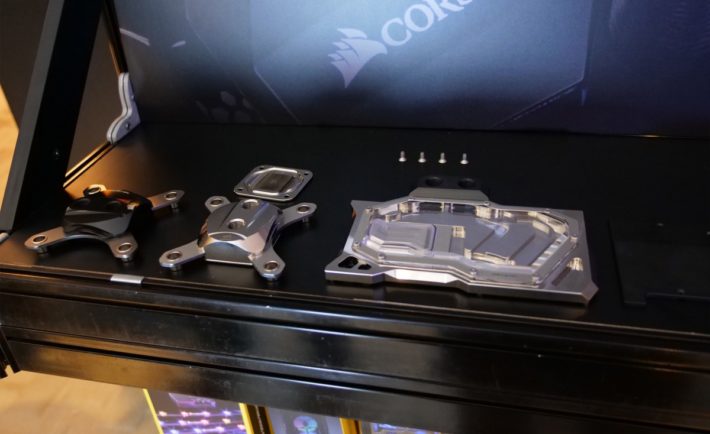 If you are a liquid cooling fan, and specifically like All In One (AIO) liquid cooling systems due to their versatility, easy installation and maintenance free operation, then you know that one of the names that immediately comes to mind is Corsair, with their Hydro Series of compact, yet powerful cooling systems for CPUs. In fact, Corsair’s commands a leading market share and is rumored to make for almost half of annual revenue for their now former OEM supplier, Danish-American Asetek.

Yet during this year’s Computex Taipei, Corsair had a surprise for all of us expecting the usual redesign of their well-known AIO cooler. This time around the company showcased a completely new line of custom liquid cooling products, and specifically a CPU waterblock, a cylindrical reservoir and a full cover VGA waterblock. 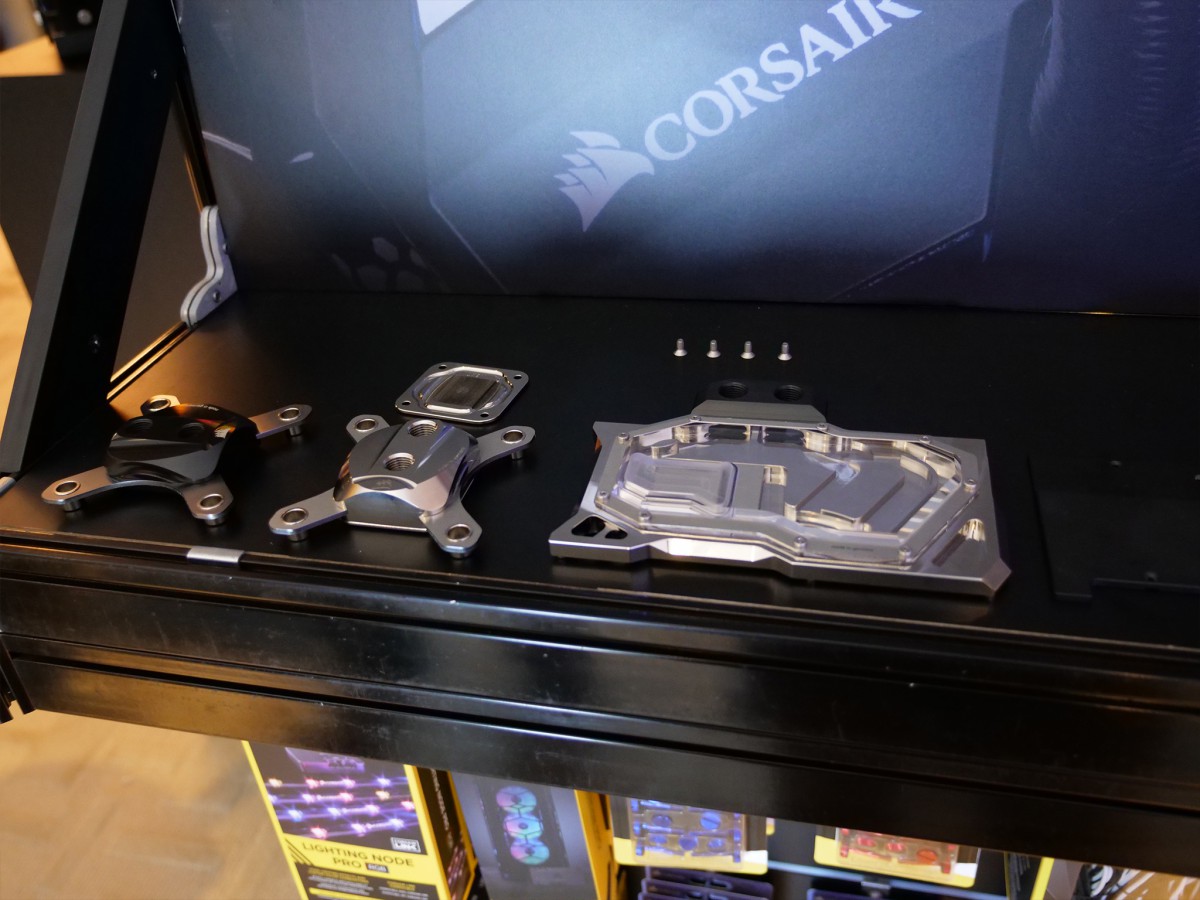 Looking a bit more closely, we also spot some fittings and backplates for GPUs. While no model was specified actually, the shape and form mirrors GeForce GTX 1070 or 1080 Founders Edition cards, and even a “SLI Flow” connector, allowing users to attach up to two video card waterblocks in series. Even if people were talking about a new series of radiators, only the already known and used in the AIO series were to be found. 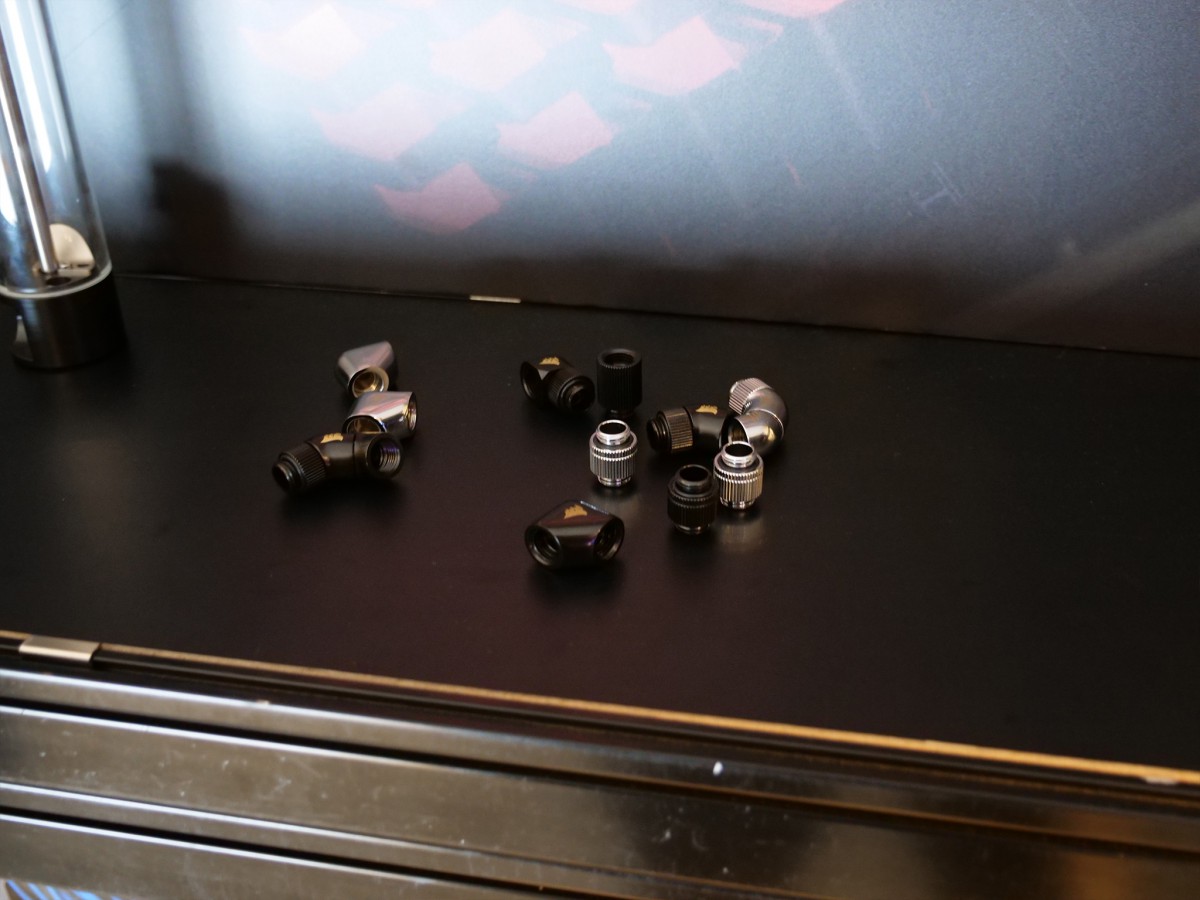 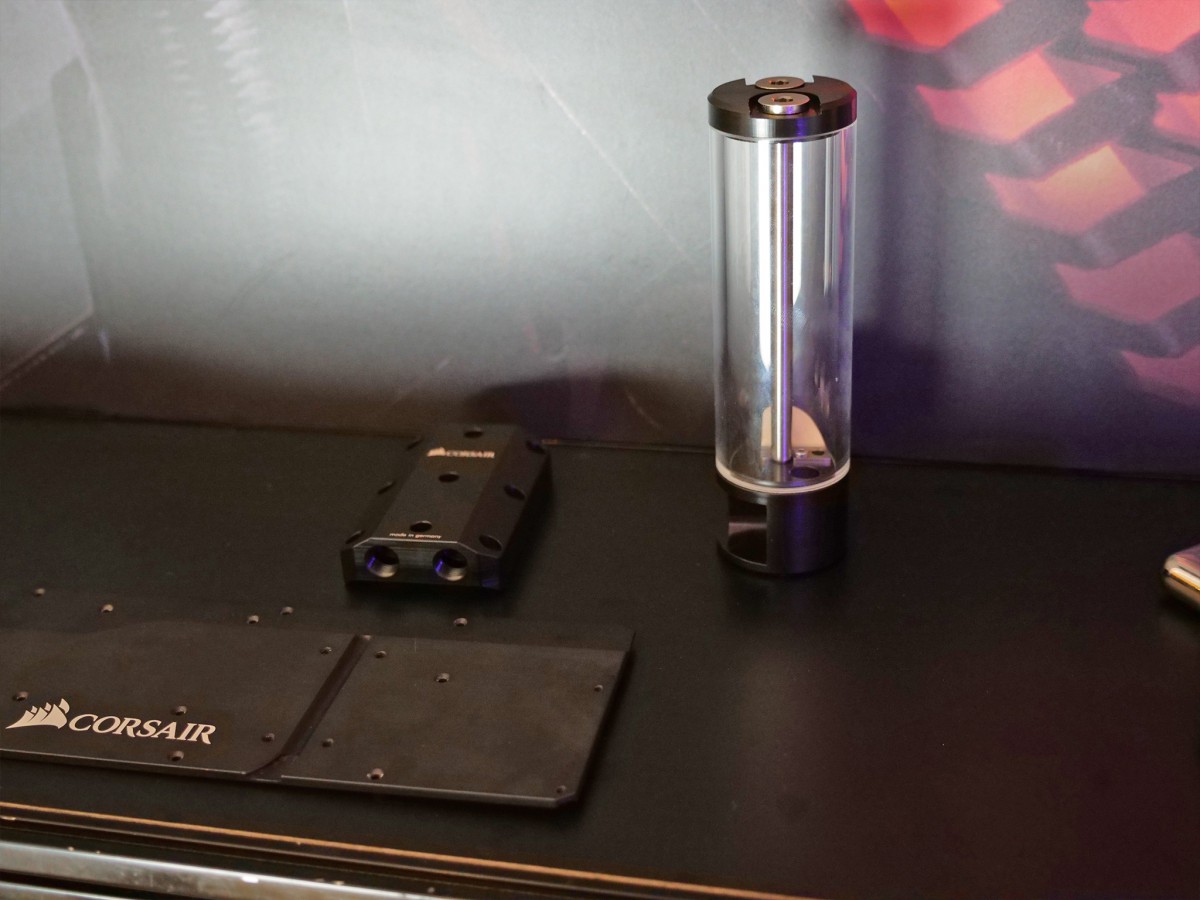 Now, if you are a liquid cooling enthusiast, it will immediately be clear to you that there is some resemblance with the products from German manufacturer Aquacomputer. Actually they are exactly the same products, only rebranded under Corsair’s name. Just like their AIO’s are result of supply agreement with Asetek, it looks like Corsair is testing Aquacomputer to be their “custom loop” supplier. 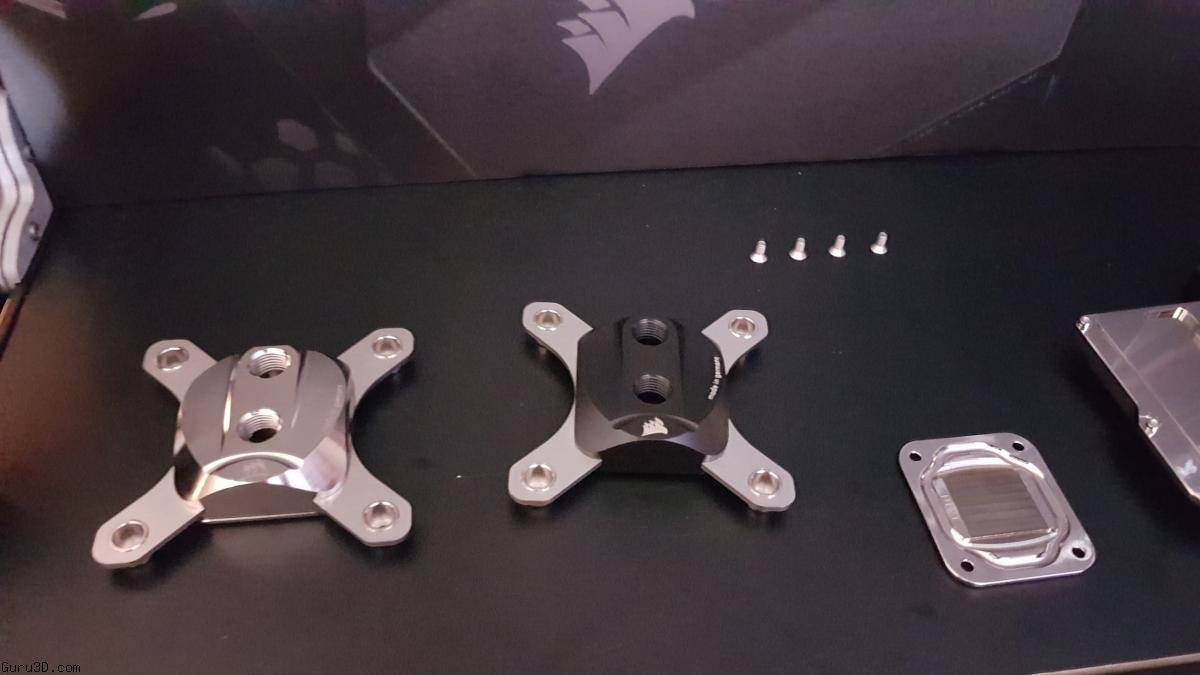 The products Corsair showcased at Computex this year are in fact a rebranding of the Cuplex Kryos NEXT series of CPU waterblocks and Kryographics for GPUs. 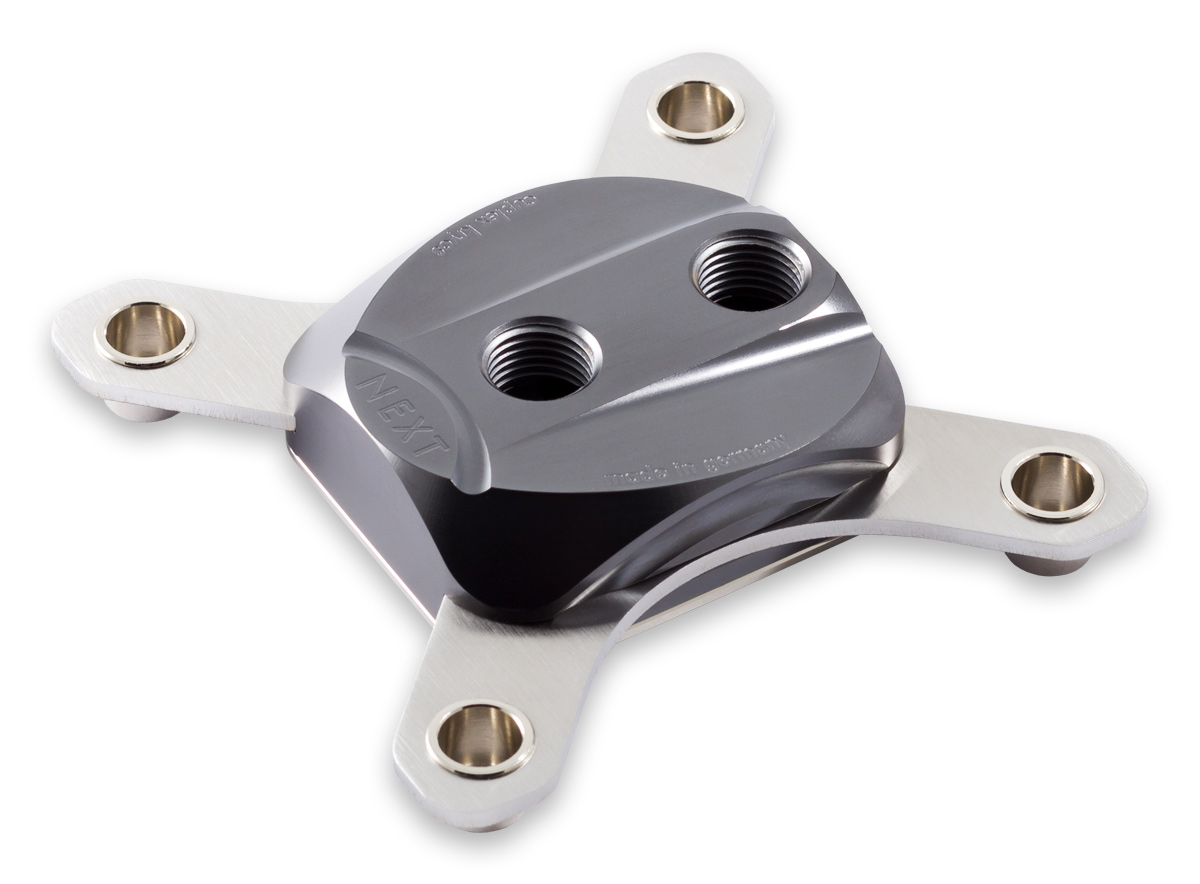 This new series of stand alone liquid cooling products, developed most surely together with Aquacomputer, will address exactly the lack of modularity of their current line of AIO coolers, expanding also to a new series of additional products that are all necessary to complete a full liquid cooling loop: fittings, pumps, radiators, reservoirs and, of course, GPU cold plates i.e. waterblocks.

We surely welcome Corsair’s move into the custom liquid cooling business, but would have preferred to see a fully in-house developed product, since they definitively have the capacity and knowledge to design and manufacture such parts. Perhaps it is a matter of costs: it is certainly easier and cheaper to buy an already winning product, rebrand it and market it under your name, instead of doing the actual work of coming out with something really new. Then again, it is a way how Corsair operates: OEM agreements with power supply vendors, case manufacturers, memory manufacturers – with focus on quality and keeping the costs down through the volume of sales. It built the company from an organization that botched its own IPO in late 2000’s into a ten figure sales monster with millions of customers worldwide.