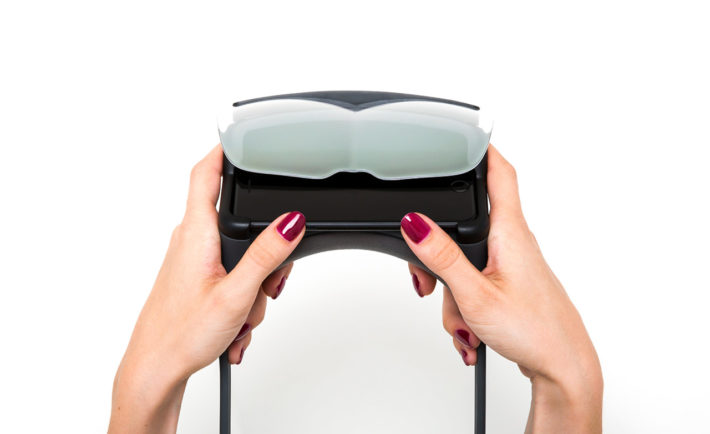 The race to be the key Augmented Reality company is on. While some companies are promising the world, some are working in secret to address as much population as possible, and make the experience interactive and appealing to the masses. Mira, an AR startup from Los Angeles completed its seed round and announced pre-orders for its Prism AR headset for palatable $99.

What could make the difference for the Prism AR headset is its software platform: unlike numerous Android-powered devices, Mira is focusing solely on Apple iOS devices, and interactive element between persons wearing Prism AR headset and users that can see the AR content through their iOS device such as the iPhone or iPad. This mode is potentially more interesting than the actual Prism device, as it crosses the chasm which faces VR and AR companies – how to see what the headset wearing user is seeing. Using “Mira Spectator Mode”, anyone with a compatible device can see what Prism users are experiencing in a 2D form. Spectator mode also enables recording video or capturing photos, which mix real world and digital assets in a single video/picture.

“As developers, we wanted a way to build and experiment in AR without the need for expensive equipment, and as AR enthusiasts, we wanted the opportunity to play and explore without limits. We challenged ourselves to build a mobile headset that would make AR accessible to anyone,” said Ben Taft, co-founder, and CEO of Mira. “Prism is a bridge between the physical and digital worlds and Mira is creating the thread that lets people connect and share experiences.” 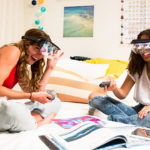 Mira Prism AR in action over the Prism activator cardboard. 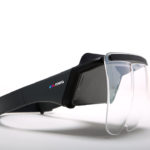 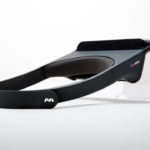 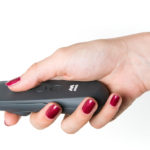 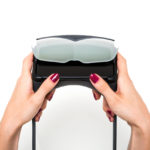 While this quote is a fighting talk from a founder that wants to get noticed, $99 price tag and Spectator Mode make for an compelling argument for this rising startup. “Mira’s Prism headset and accompanying remote were created to work with existing iPhones for a premium augmented reality experience at a fraction of the price. Users simply open an app on their iPhone, slide the phone into the Prism headset and begin exploring the wonders of interactive holographic content. Prism’s clear lenses enable users to remain present, setting the Mira experience apart from the isolation inherent in virtual reality.”

Besides the product launch, Mira also “announced $1.5 million in seed funding from Sequoia Capital, Salesforce CEO Marc Benioff, will.i.am, Jaunt VR founder Jens Christensen and more. The funding will be used to fuel manufacturing of the Prism headset, the development of a robust software toolkit, and the creation of consumer facing content.”

Being based in Los Angeles area exposes Prism to numerous iOS-driven content production powerhouses, and content developers can easily see what or who are they developing for, without the potential backwards compatibility – any user owning an iPhone from 6S and above should be able to enjoy AR content. YouTube launch video below showcases not ‘what might come’, so typical in product announcements. Instead, applications in the announcement video represent real world applications which might be ready for Prism’s launch for the Holiday season.

“Mira has partnered with select immersive content studios to create an initial suite of compelling interactive AR experiences for developers to learn from and consumers to play, all included when the Prism headset ships. Experiences range from solo challenges to multiplayer games, including mind-bending mixed-reality puzzles, holographic chess and digital warship battles, which make gaming in AR as dynamic as it is social. The remote tracks acceleration and rotation and enhances the AR experiences with a touchpad, trigger, and two buttons and can be used as a fishing rod, laser pointer, paintbrush, steering wheel, and magic wand. The opportunities enabled by the headset and remote are truly endless.”

The remaining question is; will the combining of market share leader for a single device (Apple iOS), market share leader for powering the AR experiences (Unity 3D game engine) and Los Angeles location be enough to break into the big league, and perhaps be that catalyst to drive the mainstream adoption of AR? There’s no answer to that, but if Hollywood acts smart and pairs Prism with its heavy hitting franchises, Mira just might be the company that was ‘at the right place, at the right time.’