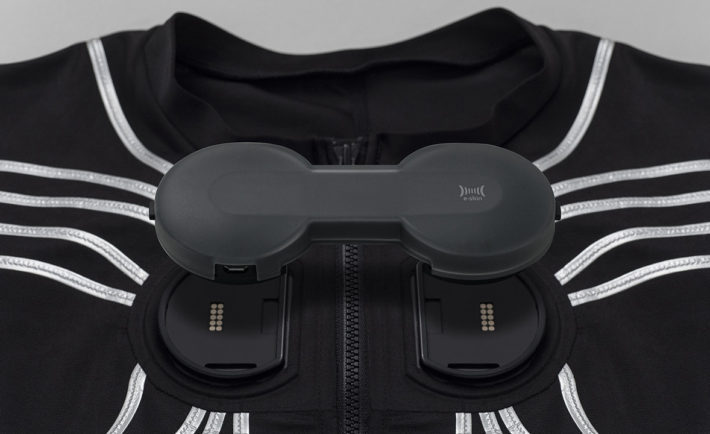 A year ago, small Japanese company Xenoma launched its concept dubbed e-skin, clothing fit with wires that enable positional and gesture tracking without the use of external cameras. The vision of the company is to create stretchable clothing with built-in electronics that detect user’s movement, all while being a piece of clothing which can be worn comfortably with machine washability just as regular shirt could do. Now, e-skin is coming to Kickstarter.

“Connected clothing will be the most natural way for people to interact with others and their smart devices in the future,” said Ichiro Amimori, Co-Founder & CEO of Xenoma. “e-skin apparel is completely different from other wearable devices in the sense that first and foremost it’s still just a shirt that anyone can wear. The added benefit is its potential to provide solutions to many people across many different verticals.”

According to the company, Xenoma’s Software Development kit (SDK) enables development of apps using Java SDK, Visual C# and Unity Engine. The SDK supports Microsoft HoloLens and Universal Windows Platform (UWP), which will represent the default form for Windows Mixed Reality, Windows 10 Creator’s Edition applications. The goal is to bring the clothing to market in time for Mixed Reality devices, all of which are coming in the fourth quarter of 2017. What makes their development plan interesting is the inclusion of machine learning, i.e. fast growing form of AI. According to the company, “data and movement visualization tool can plug into Google’s TensorFlow, an open-source deep learning library for machine intelligence.” Future plans include expanding to Apple’s operating systems (both iOS and macOS).

Xenoma’s e-skin and software developer’s kit (SDK) supports application development using Java SDK, Visual C# and Unity. The company has also added new features to their software to interface with the Microsoft HoloLens on the Universal Windows Platform (UWP). Xenoma has also incorporated machine learning functionality though their data and movement visualization tool that can plug into Google’s TensorFlow, an open-source deep learning library for machine intelligence. The company will also be developing software compatibility to support MacOS, iOS, and Unreal Engine in the near future.

The company was founded in November 2015, as a spin-out from the University of Tokyo, with offices in Tokyo (Japan) and Worcester, MA (USA). Headquarters in Japan develop smart apparel products, focused on creating designs of comfortable, regular clothing in a daily life. US office was created to support content creators worldwide. As a part of their search for a spot under the limelight, the company boasts to be the creator of Printed Circuit Fabric (PCF), using in-house developed stretchable electronics technology. Should this concept be successful, Xenoma hopes to revolutionize the apparel industry. 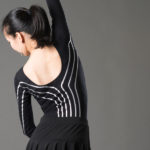 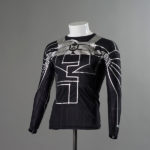 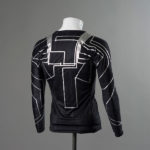 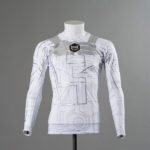 Xenoma ‘e-skin’ includes an e-skin Shirt, ‘Hub’ and a license for using the software development kit (SDK). The e-skin shirt has 14 strain sensors and e-skin Hub has a 6-axis accelerometer and gyroscope. The e-skin Hub transmits information to a smartphone, tablet, laptop or PC via Bluetooth and has a Micro USB port for re-charging. The e-skin SDK supports application development and data analysis.

The price for “pre-consumer version” is set at $479, and Xenoma targets to sell at least 100 units, hoping to capture content creators across the world. Kickstarter page is launching in August and we’ll be following their progress, especially when combined with popular VR and AR headsets.