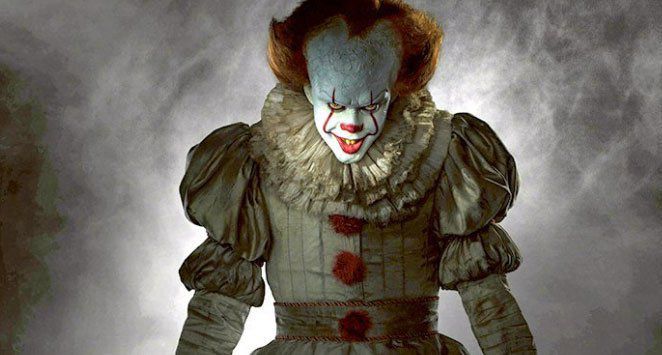 Hollywood content factory is kicking into high gear when it comes to VR Experiences. After IMAX launched its VR arcades, and a $50 million content fund. The Void came to life promising spectacular multiplayer experiences, and their Ghostbusters VR experience is to dream off. However, there’s new field of VR entertainment coming… scaring the c**p out of you. Stephen King’s IT is coming back into the movie theaters, and this time around the effects are created to give you a proper fright.

In order to capture as much audience as possible, Stephen King and Twentieth Century Fox teamed up to bring a scary VR experience to life. Directed by David F. Sandberg, IT: Float experience is now available on YouTube. Real-world release of the experience should happen in VR Arcades and VR-enabled locations on September 8th, 2017, alongside the feature film release.

If you have a VR headset of any kind, head to YouTube to check out the trailer for IT: FLOAT, a Cinematic VR Experience.  You can also watch it on your conventional screen:

As you can see, the goal of this experience is to put you in the role of a child living in the IT world. If the trailer above peaked your interest, link below leads you to the full IT: The Movie experience, seeing a clown that made the world scared of clowns back in the 1980s. This time around, Pennywise is much more sinister and faithful to the book. IT: Float lasts for four and a half minutes, and it is not for the fainthearted. Just click on play below, and enable full screen. Or click on your Daydream/VR capable device:

If you are now eager to see the movie, you can continue to “enjoy” in IT’s universe just a bit more, with a cinematic trailer for the movie ITself:

This is not the first time we saw Hollywood scaring us to death. Before the release of Alien: Covenant, Twentieth Century Fox released a rendered VR experience named Alien: Covenant In Utero VR experience. This was a collaboration between Rideley Scott, Technicolor, Twentieth Century Fox, FoxNext VR Studio, RSA VR and Mach 1. Technology partners were the newly formed AMD Studios and Dell. This experience will lead you through the process of baby alien coming to this world in the most gruesome way. Just like in the movies.

What do you think about VR experiences coming to the market? Does Hollywood’s “nightmare machine” on the right track?