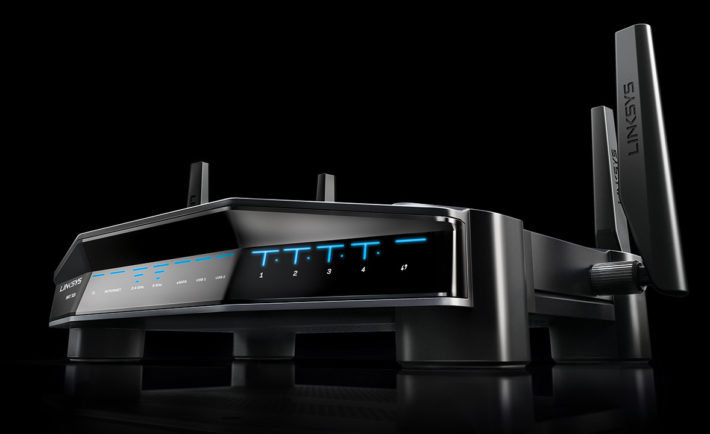 The quest for seamless wireless experience still represents a challenge for the network industry. Regardless of are we talking about smartphones, eSports, conventional multiplayer games or even VR, any network-induced lag breaks the user experience. In order to address the issue Linksys teamed with Rivet Networks to develop a Killer-powered wireless router, named WRT32X. If the name WRT sounds familiar, it’s no secret that this product shares the name with WRT54 series, one of most successful networking products of all times, still being sold today, 15 years after its introduction – thanks to Linksys making a decision to endorse support OpenWRT for the fans of open source hardware.

Prior to the announcement, we were briefed by Bob Grim, VP of Marketing and Business Development at Rivet Networks. We also receive statements from Vince La Duca, Global Product Manager at Linksys.

“Integrating Killer Networking technology to the WRT32X is a huge win for gamers” said Bob Grim. “For the first time, Gamers will have a router that is designed specifically to work with their Killer-enabled PCs to identify and prioritize important gaming network traffic and ensure their online gaming experience is fast and smooth no matter what else is going on in their home network.”

“Serious gamers are spending money on game play and expect to have technology that provides significant advantages to beat their opponents,” said Vince La Duca, global product manager at Linksys. “The Linksys WRT32X router, when paired with a Killer-enabled PC provides a powerful end-to-end connection to prioritize gaming traffic to reduce peak ping times up to 77%, providing a real advantage for faster kills over opponents that use regular ‘so-called’ gaming routers.”

What is perhaps the biggest pitch for the product is the visible difference between “gaming routers” which regularly stick $50-100 prince mark up over the conventional versions (typically both feature the same hardware and almost the same software) is the integration of gaming profiles into the actual network hardware. “When exploring how online gaming enthusiasts used their internet connections and the networking technology in their home, we witnessed use of what others called ‘gaming routers’, but on deeper investigation, all we found were standard consumer routers but with some ‘gamer-bait’ visual accents coupled with some smart marketing, but no real technical substance or innovation.” concluded La Duca.

In fact, the specifications bring enterprise-grade hardware into the hands of consumers, given the history of Linksys (first acquired by Cisco and then sold to Belkin):

The core firmware runs a customized version of latest Linux kernel with the “secret ingredient” – the integration of the complete Killer Prioritization Engine (KPE) stack. The technology determines which connected devices are using Killer Networking hardware found in gaming and performance PCs and motherboards from companies like Dell Technologies (both Alienware and XPS models), Gigabyte, MSI, or Razer, as well as Acer, Lenovo, and more. The WRT32X router works in tandem with Killer-enabled computers to prioritize important gaming and video networking traffic above other devices in the home. 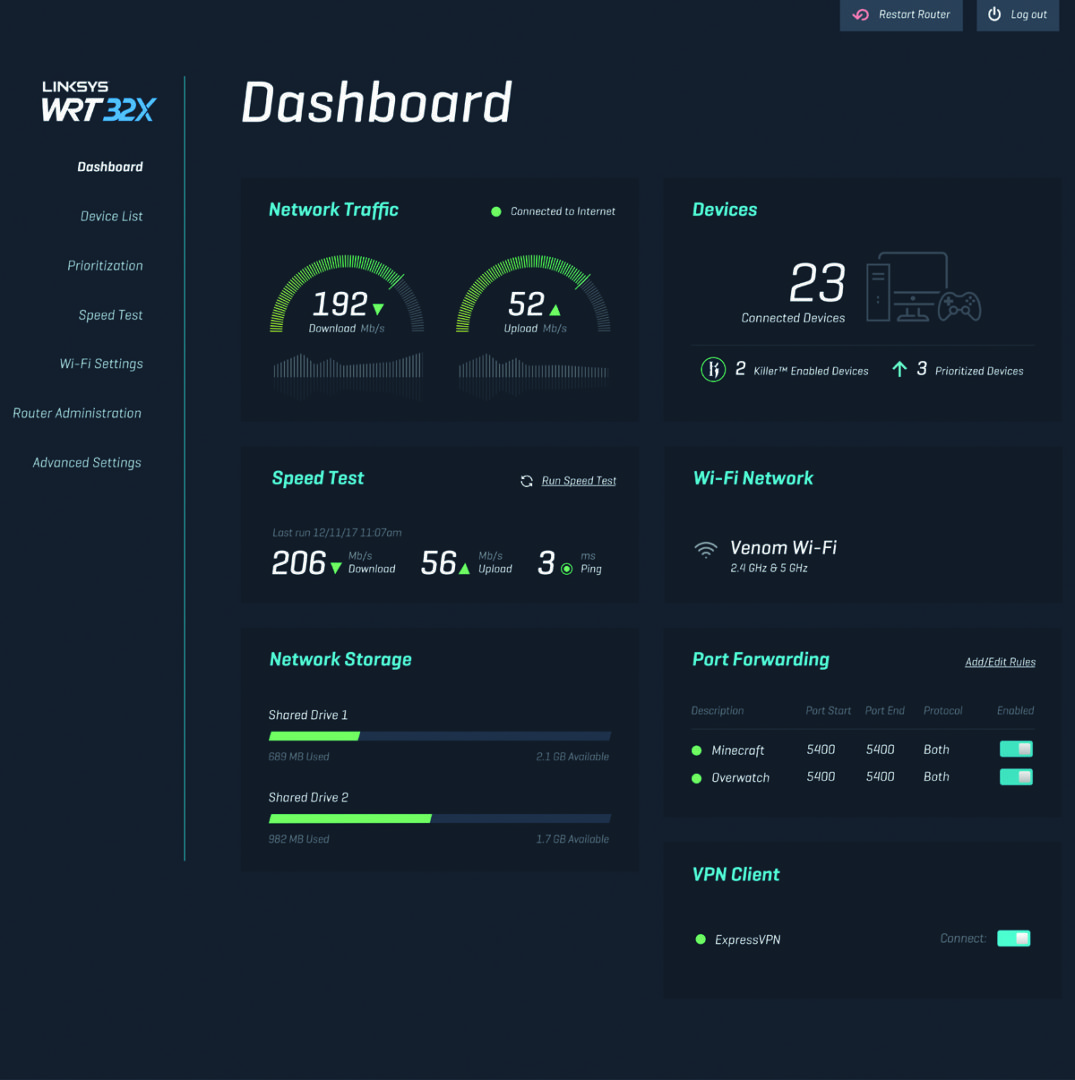 Last but not least, Rivet redesigned its UI. New, custom-built firmware and GUI won’t be found on any other router.  The new user interface features unified design across desktop, tablet and mobile devices, designed to promote important network settings for gaming, provide network usage statics, and it’s wrapped in a design that appeals to gamers while matching the edgy design of the WRT hardware. Who knows, maybe this new low-latency device can aid Wireless VR devices such as TPCast for HTC Vive.

Linksys WRT32X Wi-Fi Gaming Router is available for pre-order starting today, with shipments to begin on September 21, 2017 for an estimated MSRP of US $299.99.