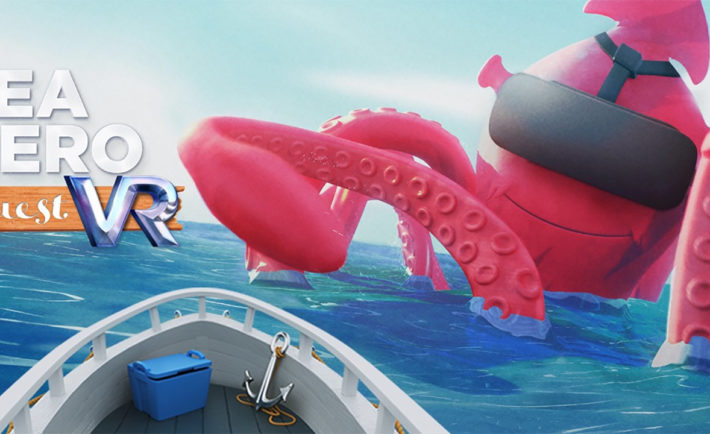 Nowadays it’s perfectly normal to have a laptop on your desk, a tablet in your bag and a smart phone in your pocket. When you’re in the mood to play a game, you can – all you have to do is open the select app and start playing. Why wouldn’t we let this opportunities into our lives, not just for fun – but for solving health issues? Video games have been known to have a wide variety of effects on the mind of people. It hasn’t been long since Virtual Reality became a vital part of gaming industry as such. During the years of researching, studies had indicated that those kind of training games are boosting the memory, sharpening the mind and potentially preventing cognitive diseases like Alzheimer’s.

It might sound like from the sci-fi movie, but there is always the ‘what if’question. What if you could delay the onset of dementia – not with a drug, but by playing a video game or maybe, even entering the virtual reality? The real reality is that dementia is a condition caused by diseases. This is usually referred most common Alzheimer disease, that damages different areas of the brain leading to a variety of challenging symptoms.

Sea Hero Quest VR is designed to test one of the first things to go with dementia – the ability to navigate. As you play the game, anonymized data, including what actions you take and places where you look and for how long, is collected and stored on Deutsche Telekom’s servers in Germany. Players can also choose to provide the carrier with more detailed demographic data, such as information about their age, gender and location.  In the virtual world of Sea Hero Quest VR you captain a boat. The challenge is to use your sense of direction to chart a course through complex waterways, desert islands, icy oceans and even feed hotdog-loving sea monsters.

Max Scott-Slade, from Glitchers, worked with research scientists at University College London, University of East Anglia and ETH Zurich says that the value for them is to create this much richer dataset. With VR they are capturing 15 times more data from the VR version because they are separating out where the head looks and where the boat’s moving. They believe that this process of analyzing the data should hopefully help neuroscientists and cognitive psychologists to learn more about how humans develop spatial awareness and navigate new environments. Researchers believe subtle degradation in these skills may be an early warning sign of dementia and that information from the game could eventually lead to new tests to detect cognitive impairment earlier.

According to David Reynolds, chief science officer of Alzheimer’s Research UK, which was one of Deutsche Telekom’s partners in creating the game, things like brain scans helps us to understand that the disease process that underlie dementia actually starts 15 to 20 years before people are aware that they’ve got obvious symptoms. “People aren’t aware of these changes because the brain is extremely resilient and able to find workarounds for damage as it gradually builds. Even when symptoms begin to be noticeable, people often lie to themselves about the reason they’ve started to engage in compensating behaviors – such as relying on Google Maps for directions on a familiar route. What we really want to be able to do is diagnose people 15 to 20 years earlier than we are currently,” said Reynolds.

According to Bloomberg, there is a non-virtual reality mobile app version of the game that Deutsche Telekom and Glitchers released in November 2016 and it has already generated data from 3 million people, which is far more than researchers ever anticipated.

Professor Christoph Holscher, a cognitive scientist at Swiss university ETH Zurich confirmed that it may be possible to develop a test that would use a virtual-reality game such as Sea Hero Quest to actually diagnose dementia. Among Holscher’s discoveries so far is that the relationship between age and navigation skill is even stronger than scientists had previously thought. Also, data from the previous Sea Hero Quest game also confirmed laboratory studies that men and women differ in their navigational strategies, with men more likely to rely on landmarks and external cues in the environment, and women more likely to use an internal, cognitive map and an intuitive sense of direction to help them get around. In addition, for reasons still not understood, researchers found that on average people from Scandinavia mastered the game’s navigation tasks better than those from other regions.

The original smartphone app had 3 million players, but the move to virtual reality should allow scientists to investigate in greater detail, even if on a smaller, focused sample potentially impacted people.

Currently there about 47 million people in the world living with dementia, a number that’s projected to rise to 130 million people by 2050 due to aging populations, according to the World Health Organization. There are currently no drugs that can prevent or slow dementia, but it is widely accepted that any future treatment will work only if doctors can get it to patients long before symptoms appear and the brain is irreversibly damaged.

Champagne might be expensive but there’s an excuse to splash out on a bottle now. A 2013 study from the University of Reading has recently resurfaced, concluding that drinking 1-3 glasses of champagne each week can boost brain health. The study, which was conducted on rodents, found that phenolic compounds in champagne improved spatial memory, which records information about the environment and then stores the information for future needs.

University of Reading Professor Jeremy Spencer notes the difference stating, that champagne, even though it “lacks flavonoids, is also capable of influencing brain function through the actions of smaller phenolic compounds, previously thought to lack biological activity.”

Could VR in the morning and champagne attack dementia? There’s only one way to find out, through researching scientists from ETH Zurich, University College London, University of East Anglia and University of Reading.