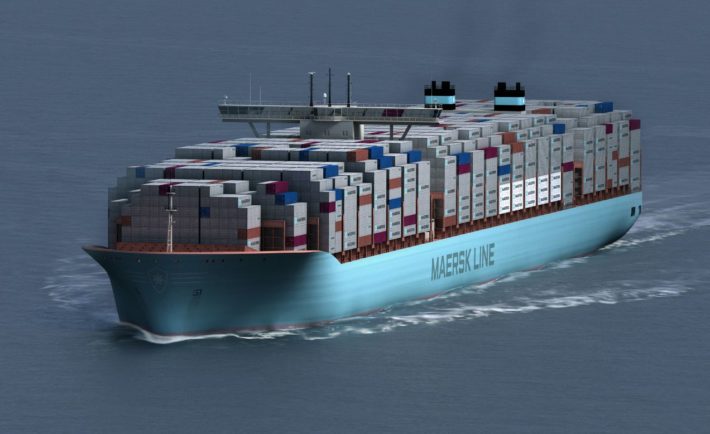 ACORD Solutions Group, accounting giant EY, technology giant Microsoft and the Maersk, the world’s largest shipping company have combined to launch the world’s first marine insurance blockchain platform. EY said that the distributed ledger will be used to capture information about shipments, risk and liability, and to help firms comply with insurance regulations. It will also ensure transparency across an interconnected network of clients, brokers, insurers and other third parties.

“The reason we chose marine (insurance) as the starting point for this sort of market is mainly because of its complete inefficiency,” Shaun Crawford, global insurance leader at EY, told for CNBC. He added that marine insurance has traditionally relied on physical contracts being shipped to and from, from one port to another, in order to be eventually signed. The global research firm has worked closely with software security company Guardtime to develop the blockchain platform.

ACORD President and CEO Bill Pieroni said that the initial solution is focused on the $200 billion global marine industry and, given the use of ACORD assets, will be readily extended to additional lines of business and industries. He added that if underwriters and others choose to support the scheme, it might cut expense ratios, which measure costs in relation to premiums
earned, by up to 70 per cent. The marine insurance business is worth $30 billion annually and is considered to be one of the least efficient segments of the sector. Using blockchain-based technologies, it should be possible to automate many stages of the process via smart contracts, as well as retaining a corruption-proof record of transactions that should help settle disputes and help insurers to assess risk.

Maersk is also working with IBM on a separate blockchain project to reduce bureaucracy and costs in the transport of containers. This world’s biggest container shipping company, has shifted its focus this year from preserving market share to higher margins, a strategy that was helped by a recovery in freight rates. Their management is said to be very keen on staying financially robust, indicating it wants to be ready for another price war and for new takeovers. The new marine insurance system will be used for contracts relating to a limited number of ships and journeys in 2018, before being rolled out more widely.  Other insurance companies are also investigating blockchain-based platforms in different areas. A group of European insurance companies including Aegon, Zurich, Allianz and Swiss Re is looking into its use in reinsurance.