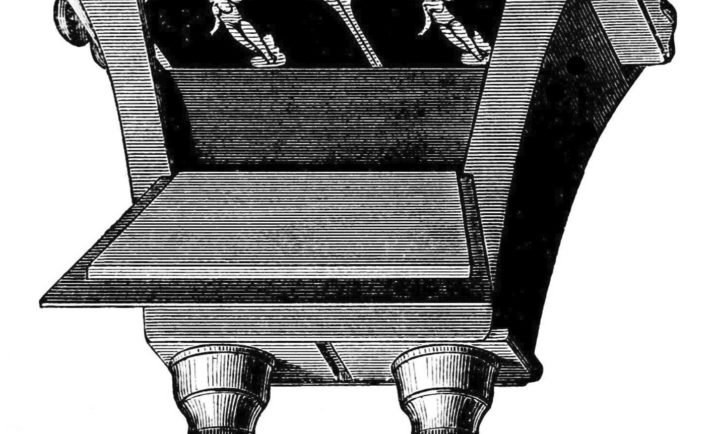 A “virtual reality” headset hand-crafted by Sir David Brewster, a Victorian instrument-maker from Dundee, Scotland – is to be offered for sale at an auction next week, according to The Times. The Brewster stereoscope gave the illusion of depth using the same optical technology as VR headsets. The device, made of walnut and satinwood, held two images side by side which, when observed through lenticular lenses, converged into a single three-dimensional image.

It was developed by Sir David Brewster, a Scottish physicist, mathematician, astronomer, inventor, writer, historian of science and university principal. Most noted for his contributions to the field of optics, he studied the double refraction by compression and discovered the photoelastic effect which gave birth to the field of optical mineralogy.For his work, William Whewell dubbed him the “Father of modern experimental optics” and “the Johaness Kepler of Optics.”

He is well-recognized for being the inventor of the kaleidoscope and an improved version of the stereoscope applied to photography. He called it the “lenticular stereoscope”, which was the first portable, 3D viewing device. He also invented the binocular camera,two types of polarimeters, the polyzonal lens and the lighthouse illuminator. Back in 19th century and early 20th century, one of favorite entertainments in the aristocratic circles in Great Britain, as well as in Japan – was to watch stereoscopic images in a family circle. Family portraits and moments captured during vacations were one of key revenue drivers for photography stores, as the final product was significantly more expensive than the traditional photo. Brewster’s stereoscopic headset was also used by colonists and explorers in royal courts and banks to demonstrate impressive landscapes. You can read more of the history in an excellent three year old article on Vice.com.

The device, one of the first models to be made available for sale, is expected to fetch between £2,000 and £3,000 at the Flints Auctions house in London on September 21. If you are interested, you can visit Fine Scientific Instrument of Science and Medicine auction at Flints Auctions website.