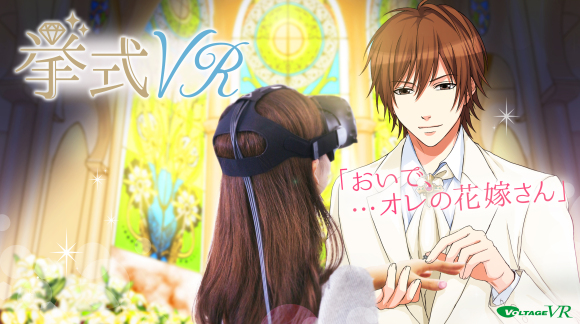 Virtual romantic avatars for men and women were on display at the 2017 edition of Tokyo Game Show, Reuters stated. Director Taro Kambe commented enthusiastically for Asahi daily magazine whilst checking a scene from his first video made using VR technology: “I have directed hundreds of adult videos but it was my first virtual reality movie.” You can check the Taro Kambe’s photo gallery at IndiaTimes.

Japan, always an early adopter market of any new technology, is currently the second biggest market (behind the United States of course) for virtual reality headsets and games. For this reason, both the gaming and the adult movie industry are actively looking into distributing their material in this manner.

Developers are looking to increase the immersion in virtual reality. The softest version possible is of course the well known ‘Dead or Alive’ where you participate in all kinds of beach sports with well rounded Asian girls ready to smile to you and please you in any way possible. You’ll be able to view the ladies in the model viewer and playing the activities such as climbing rocks and playing volleyball.

Beside known quality titles, one sparking a lot of feedback is a romance simulator game Chikai no Kiss wa Totsuzen ni (A Vow’s Kiss Suddenly), where visitors can experience first-hand what it would be like to marry one of the game’s protagonists, Yamato Kogami. Voltage, a developer which creates gaming apps aimed at women, hopes to roll out the game in Japan’s ubiquitous game centers. Voltage had success last year with a game in which the seated player is approached by a handsome virtual man who reaches in, potentially for a kiss. It is true that the adult entertainment industry has helped to drive adoption of new platforms, such as Super 8 film in the 1960s, and later VHS, DVD and early online videos. Many in the adult industry are pursuing VR content and believe it could revolutionize an industry that has been stagnant for many years.

I really don’t know why it’s still presumed that the female players want marriage before everything and for male characters, there is a lot of ‘hubba-hubba’ going on. Is it possible that a lady would like to experience some of the pre-marriage fun? Does that mean that the second edition of this game would include a beautiful opportunity to give birth in VR (pain included, no CS, only natural please)? In the same show, a user holding a controller from South Korea’s TEGway, for example, experienced the sensation of heat or cold. Why no pain included? Ok, no update as of yet on how the couple spent their first night as husband and wife. On a separate note, VR sex suits are now a thing.