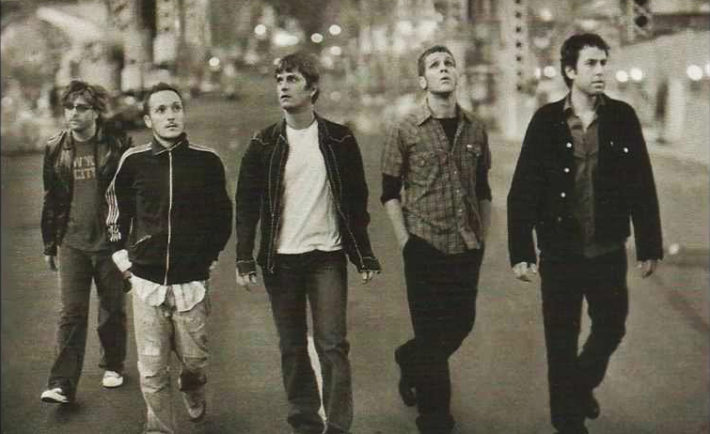 Matchbox Twenty walking through the streets

Matchbox Twenty and SwivelVR have teamed up for what is billed as the “first fan-controlled virtual reality experience.” or more simply said, a “VR concert”.

Being filmed at the Pepsi Center in Denver, Colorado, the concert, set on 4th of October, will allow Matchbox Twenty fans a unique viewpoint for the event, being able to use the SwivelVR app to watch either in 2D, or using a VR headset for the full experience. The app and the way how the concert is recorded will allow fans to change their viewpoint with a simple hands free menu. They will also be able to take snapshots during event and share them on social media if they want.

It’s almost becoming common place for musicians to offer some sort of immersive content for their fans. Whether that’s a 360-degree music video or perhaps live (or a recorded) concert that puts them right on stage. Coldplay did it, AC/DC did it… even Sir Paul McCartney did it. To be clear, the 360 degree videos are debatable part of VR or should be treated as a separate category of entertainment / technology. The truth will not be liked to the technology purists, but for most mainstream audience, they will view this event as a VR concert, which is why the band decided to name it a “VR Concert”, rather than 360 Experience. Then again… we already had a 360 Concert tour, and that one did not belong to any other band or musician than the legendary U2 (you can view the whole U2 360 concert here).

Or for a big screen view the app is also works with iPad, Apple Airplay with AppleTV, or a streaming dongle to put the content on a TV. The SwivelVR app is free to download and and new users will receive a free multi camera song experience from Matchbox Twenty’s tour launch in Spokane, WA.

Matchbox Twenty’s debut album, “Yourself or Someone Like You,” was released over 20 years ago in 1996, and featured songs including “Push” and “3AM.” The band has sold more than 30 million records around the world and earned several Grammy nominations.