Being online is increasingly becoming one of most prevalent functions of modern life. Every day we tweet, post statuses, watch videos and pictures, listen to music, watch series or movies, chat, game, pay bills, being paid and so on. Since the time of dial up modems, numerous companies tried and still are trying to improve the internet experience, and become able to satisfy your every need. One of such companies is Rivet Networks from Texas, and their Killer Networking technology. The company got acquired by Qualcomm and then spun off several years later, is now focusing on delivering the best experience not just for gamers, but for the casual users as well.

Thanks to Bob from Rivet and Sven from MSI, we got the chance to test a new and cool way to improve your internet experience in a little bit of different way. MSI provided us with the Z270 Gaming M7 motherboard, which served as the flagship of Z270-chipset based motherboards. 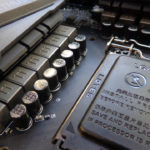 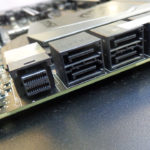 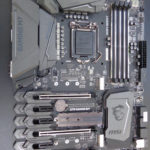 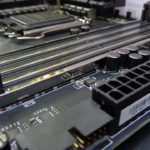 First, this board is a beast, and has shown to be a great overclocker. It has three M.2 ports, U.2, USB 3.1 at the rear and internally, SATA6Gb/s, and a slew of OC features. MSI has gone ahead and shown us exactly what the differences are between the Z170 and Z270 Gaming M7s. While Z370 boards are showing up, the reduction in price for the outgoing Core processors and motherboards make this a worthy consideration. Other differences are also the design, from the pictures below you can see that MSI decided not to go with traditional black and red, but with all black board. With the little time I spent with this board all I can say is that, I absolutely love it.

Now let us talk what Killer prepared for us. The MSI Z270 motherboard features a Killer 2500 Gigabit Ethernet controller, which enables users to use a software known as the Killer Control Center. Users can set preferences for the favorite programs that are using your Internet connection. This means Killer technology enables app prioritization in a way that makes sense for each and everyone’s needs. Now for the fun part, when you do this, apps with best priority will run perfectly. For instance, if you are downloading Windows update or a torrent file etc., and you want to watch YouTube or Twitch – with the desire to have a stream that’s watchable, users will set twitch to priority 1 and download of files on priority 2. Time when people would have to leave the PC over night to download stuff is over for good! Well, for as long as you have a high quality networking card instead of vanilla designs coming from Intel.

To set up the Killer Control Center, every user will first need to do the Bandwidth test. After that, you will need to get the latest list of application priorities. Now you can set up your priorities in App or Overview tab, and just start using it. In our test I was connected to a Twitch stream, I was downloading extremely demanding and beautiful looking Unigine Superposition Benchmark using uTorrent (check Unigine Superposition 2017 torrent file here), browsing in Chrome, and connected to a remote PC using TeamViewer. For what is worth, my puny 10 Mbps internet connection did not experienced any stuttering in stream or in any other app. 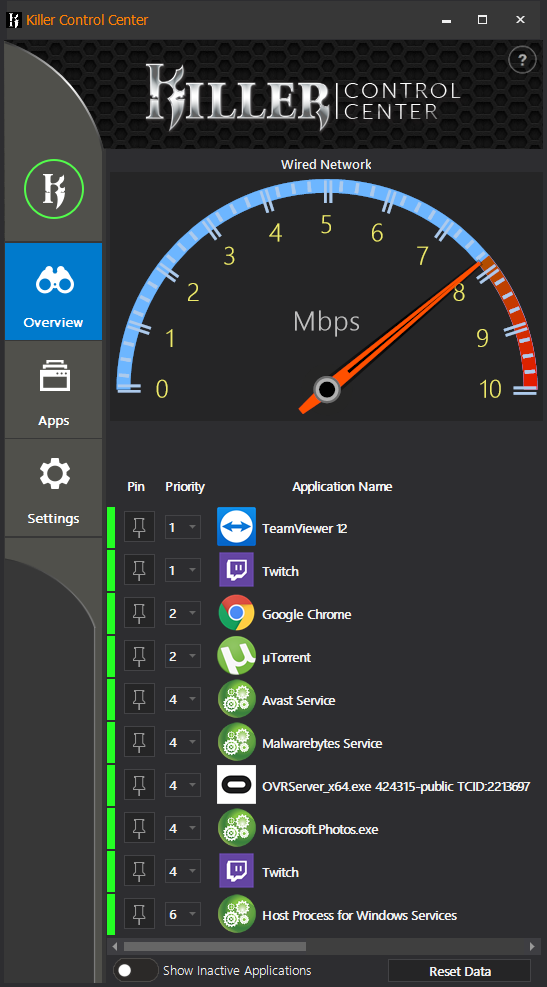 This software will probably solve the problem with internet connections and stuttering for the most of us with the 10-20 Mbps speeds. From now on, first thing I will do when doing a new build is look if the Killer Network board is on the motherboard.

Nowadays, River Networks is enabling their technology in Belkin routers, notebooks and more. If you try Killer software and hardware combination once, don’t think you’ll move back to old legacy network ‘controllers’. That’s probably the best compliment you can give to a product.