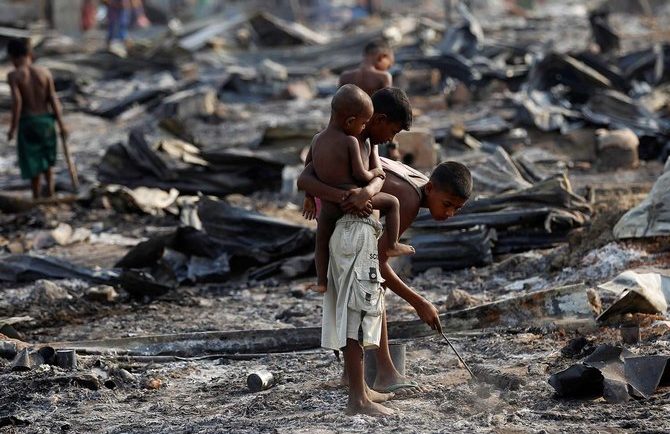 Contrast VR, Al Jazeera Media Network’s immersive studio, has completed its first VR documentary, “I Am Rohingya”. “I Am Rohingya” follows the story of a young woman, Jamalida, as she tells the persecution she faced in Myanmar and shows us her daily life now in a refugee camp in Bangladesh. “I want to talk to you,” she says, “I hope you can tell others my story.”

Al Jazeera’s Contrast VR is doing just that with the release of “I Am Rohingya”. Jamalida’s love for dancing, passion for life, and inspiring resilience in the face of unthinkable adversity is the focus of the studio’s first virtual reality documentary. Directed and produced by Contrast VR’s Zahra Rasool and co-produced by the renowned filmmaker and journalist Aela Callan, the documentary uses a mix of captivating immersive content with journalistic style storytelling to bring Jamalida’s tragic story to life.

“A lot of 360-degree videos use animation only in one particular direction, but we wanted to do something new and use the whole space, along with spatial audio that helps viewers hear the sound where they are actually coming from.” Rasool explains that although the experience can be viewed on desktop, it is designed to be watched in a headset, so audiences can be truly immersed.

Contrast VR was launched by Al Jazeera to help the media juggernaut fulfill its mission of providing a ‘voice for the voiceless’ in regions where media coverage is far and few between. The latest addition to Al Jazeera’s growing network specializes in 360-degree video, augmented reality, and virtual reality production.

At least 294,000 Myanmar’s minority known as Muslim Rohingyas have fled across the border to Bangladesh since fighting broke out on August 25, according to a situation report from the Inter Sector Coordination Group (ISCG) in Bangladesh. Around $77 million in funding was needed to deliver urgent aid to the new arrivals. Nobel’s Peace Prize Winner and State Counselor for Myanmar (effectively a Prime Minister), Aung San Suu Kyi remained silent on Myanmar’s military intervention in what is beginning to look like the ethnic cleansing of Rohingya people from a country formerly known as Burma.