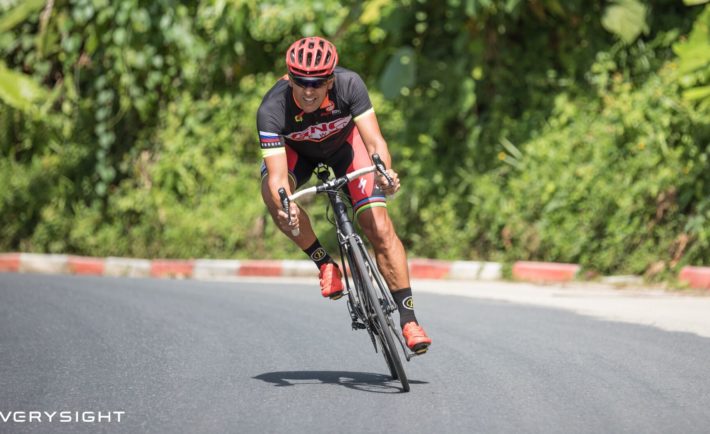 Everysight, an augmented reality (AR) smartglass company, announced its first brand athlete, Chris McCormack (Macca), hailed by ESPN as “The World’s Fittest Athlete”. Everysight is the maker of Raptor AR smartglasses, which provide cyclists and triathletes with a competitive advantage that enhances training by providing them with the real-time information they need to transform into faster, fitter, and more efficient riders.

“Everysight Raptor is a monumental leap forward that will revolutionize the way we consume and interact with information while training and racing. Once you’ve experienced Raptors, there’s no turning back – you’ll never want to ride without them. They are amazing, an absolute game-changer,” said Chris McCormack, Everysight Brand Athlete, Triathlete Hall of Fame inductee, and co-founder of the Super League Triathlon Championship.

“Macca’s passion for excellence and his relentless drive to be the best in his field is in sync with Everysight’s brand DNA. Our first product, the Raptor AR Smartglasses, is all about harnessing and improving your strength, power, and endurance to gain the hard-earned ability to overcome obstacles and achieve personal greatness. And nobody embodies those traits like Macca,” said  Asaf Ashkenazi, CEO, Everysight.

Macca is a two-time winner of what many consider to be the ultimate test of physical and mental will, the Ironman World Championship (2007 and 2010). Macca also won the 1997 and 2012 International Triathlon Union (ITU) World Triathlon Championships. With four World Championships wins over two decades of racing and more than 250 professional racing titles, Macca was inducted into the Triathlon Hall of Fame in 2013. Macca is a New York Times best-selling author with his autobiography I’m Here to Win, and co-founder of the recently announced Super League Triathlon, an event that pits world’s best triathletes across unique short course formats for big prize money in a closed league series.