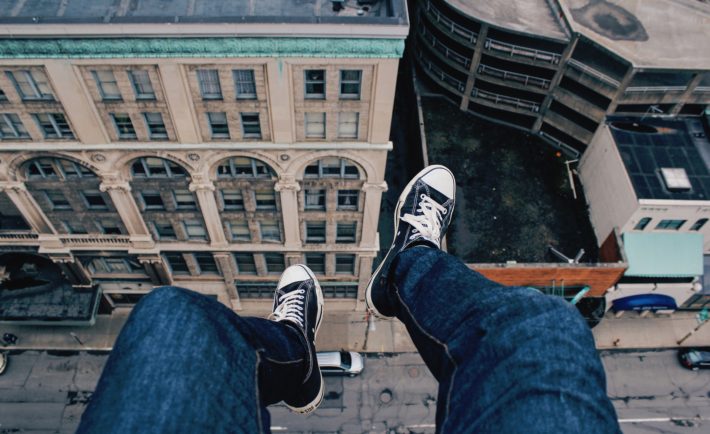 In Oxford, according to the Guardian, there is a new startup that is trialling VR for all kinds of conditions, from phobias to pain management to post-traumatic stress disorder (PTSD). Can you imagine being professional war pilot and still be afraid of heights? Or, worse, to be afraid of something that cannot possibly harm you? I am scared of grasshoppers and moths. Not just scared. I don’t scream like a girl. If I see one on my building stairs, I’ll rather be jumping from the tenth floor. So yes, I’m really glad that people like Daniel Freeman exist. Freeman is a professor of clinical psychology at the University of Oxford and is one of the world’s pioneers in this field and he has been working with VR for 16 years. What he loves about this therapy is its simplicity. “There are very few conditions VR can’t help,” he says, “because, in the end, every mental health problem is about dealing with a problem in the real world, and VR can produce that troubling situation for you. It gives you a chance to coach people in other ways of responding.

But it’s not just Freeman making tremendous things. There are lots of companies that are doing amazing things in field of gaming. For example, German company Crytek made an exquisite success with their game “The Climb” – an exhilarating rock climbing game for Oculus Rift. People who were afraid of heights in real life still had a desire to put on the headset.

In Palo Alto, California there is a startup backed by legendary venture capital firm, Sequoia Capital called Limbix. For the more than a year they are using mobile VR tools and real-world capture video offering a service for therapists to treat patients with anxieties, from the fear of flying or driving to the fear of public of speaking. It builds on traditional exposure therapy, a common and effective treatment for post-traumatic stress disorder and phobias. “It’s the twenty-first century exposure therapy,” says Dr. Sean Sullivan, the company’s director of psychology. “It’s as close as you can get to real life without going into real life.”

More than ten years ago, psychologists began experimenting with VR exposure therapy to help people with social anxieties. However, VR systems were expensive, clunky, and wired to a desktop PC. Today a therapist can buy a mobile Google Daydream headset for about $70. Add a compatible Daydream-ready smartphone and they’re on their way.

It seems that VR could be effectively used in psychological treatment. Developers should refrain from creating anything too serious without the guidance of a licensed psychologist though. For me it means I may have a lot of “nope” in my immediate future. Not because I might scare myself to death or anything. But because getting real help will take more than just jumping into the deep end while wearing a VR headset.