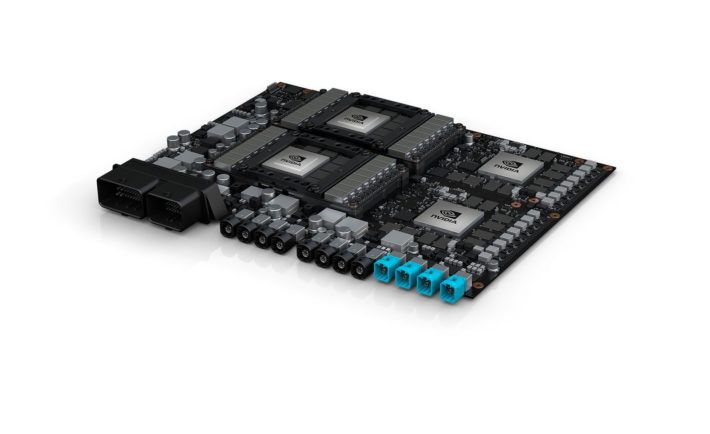 Deutsche Post DHL Group, the world’s largest mail and logistics company, and ZF [ZFF.UL], a top automotive parts supplier, plan to deploy a fleet of autonomous delivery trucks based on the new chips, starting in 2019, NVIDIA said for Reuters.

The third generation of NVIDIA’s Drive PX automotive line is a multi-chip platform the size of car license plates with datacenter-class processing power.

Pegasus can handle 320 trillion operations per second, representing roughly a 13-fold increase over the calculating power of the current PX 2 line.

The new Pegasus uses far less power than the current model, but it’s going to be a while before anyone gets their hands one. The new computer will be available in the second half of 2018 with next generation GPUs that NVIDIA hasn’t actually announced yet.

The company said that over 25 of its partners are already working on fully autonomous taxis. The goal with this smaller, more powerful computer is to remove the huge computer arrays that sit in the prototype vehicles of OEMs, startups and any other company that’s trying to crack the autonomous car nut.

“NVIDIA is one step ahead. But you can be sure you can expect (rival chipmakers) Intel, NXP and Renesas not to be too far behind,” said Luca De Ambroggi, principal automotive electronics analyst with industry market research firm IHS Markit.

Analysts are however stressing that while Pegasus could find its way into mass-produced robotaxis running in defined lanes, these early fully-autonomous chips would likely only allow carmakers to develop prototypes ready for the driverless era.