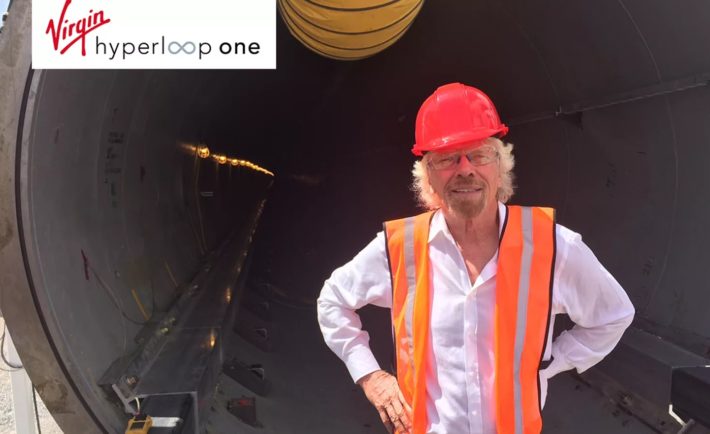 Sir Richard Branson’s Virgin Group has invested an undisclosed amount in Hyperloop One, the frontrunner of a number of companies competing to bring Elon Musk’s futuristic vision of a magnetically-propelled high-speed transport system to life.

Musk is credited with creating the idea of the hyperloop, a super speedy method of passenger travel that involves pressurized capsules. He also founded The Boring Company, which is setting out to build hyperloop tunnels.

Hyperloop technology is based on the idea of using an electric motor to accelerate an electromagnetically levitated pod through a low-pressure tube, which could theoretically reach speeds of up to 670mph with no turbulence. The fastest recorded speed using Hyperloop so far is 220mph.

When Virgin Group announced a stake in Hyperloop One — now Virgin Hyperloop One — Branson said, “I think it’s more likely that I will go into space before I get into my pod,” noting that he expects to ride in space within six months.

Last month, Hypleroop One announced it had raised £65 million ($85 million) in funding from a number of undisclosed investors, taking its estimated value to over £530 million ($700 million).

Virgin Galactic is Branson’s space company, which in 2016, was granted an operating license to fly its passenger rocketship with the world’s first paying space tourists once final safety tests are completed.