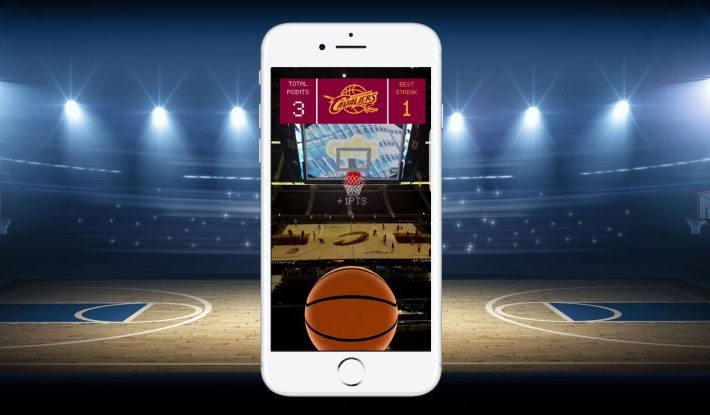 On Monday, the NBA augmented reality (AR) app, NBA AR, was released, and it allows you to test your jump shot on a backboard and basketball court no matter where you are.

In NBA AR, once you load the app, you get to choose your the team whose logo you wish to have emblazoned on your augmented court. Then you will be prompted to move your iPhone left and right around the spot you wish to place your court and backboard so the camera can scan your surroundings before plopping some AR hardwood before you.

The game relies on Apple’s ARKit AR platform, restricting it to newer iPhone models (including the 6S and beyond) running on iOS 11. The NBA is the latest big name to try out Apple’s tech, which Tim Cook claims will one day be as essential to brands as a website.

The NBA is just the latest to jump into the growing craze around AR. Not only are other sports leagues toying with it, such as Major League Baseball’s At Bat app that identifies players and their states on the field, but so are major companies. Ikea, for example, created an app that helps you place furniture around your home. Even the popular Thomas & Friends kids show has an AR app.

Much of this has been spurred by Apple, Google and Facebook, each of which have created augmented reality coding tools for developers following last year’s Pokemon Go craze.

“We’ve always said that basketball can be played virtually anywhere – and today that takes on an expanded meaning,” NBA senior vice president of digital media Melissa Rosenthal Brenner said in a statement. “Augmented reality presents a variety of fascinating engagement opportunities, so we hope our fans download the app and try out their skills wherever they might be.”

The NBA, which is now the first U.S. sports league to release an augmented reality game, plans to add additional AR experiences to the app throughout the season, which tips off on Tuesday.