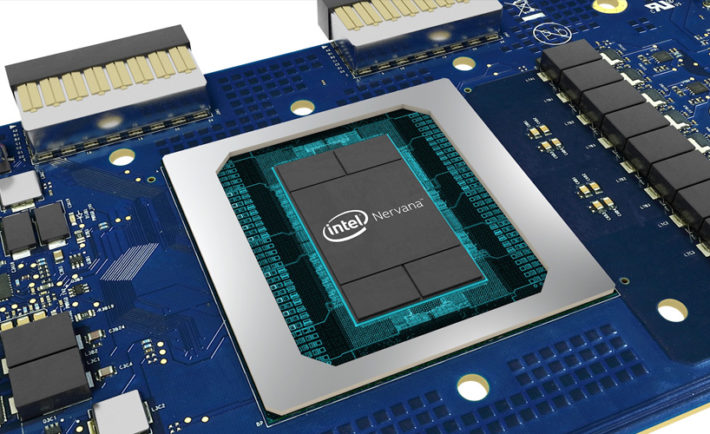 Intel is ready to ship its long awaited computer chip used to power artificial intelligence projects by the end of the year.

The chipmaking giant is partnering with Facebook and other internet titans investing heavily in artificial intelligence to create the first in what will be a family of “Nervana Neural Network Processors” tailored to the needs of the emerging technology.

Intel CEO Brian Krzanich explained the chip-maker’s foray into the red-hot field of artificial intelligence Tuesday and said that Facebook has assisted the company in prelude to its new chip’s debut.

“We have a goal by 2020 to be 100 times better than the best AI systems out there today using this neural processing,” Krzanich said at the Wall Street Journal D.Live conference.

In a separate blog post on Intel’s website, Krzanich said he believes these new chips will enabled “new classes of AI applications” to help transform health care, social media, automobiles and weather forecasting, among others.

Lots of companies, including Apple, Google, Qualcomm and Nvidia, are designing chips to accelerate this sort of work. But on Tuesday, Intel Chief Executive Brian Krzanich promised a major speed increase through its own chips, designed from the ground up for neural processing.

Intel faces plenty of business challenges. The PC market is flat, Intel failed to secure a place inside mobile devices, and its server stronghold is under threat as Qualcomm tries challenging Intel’s stronghold in data center technology. That’s why Intel is betting on new directions like chips for self-driving cars, superfast 5G networking and artificial intelligence.