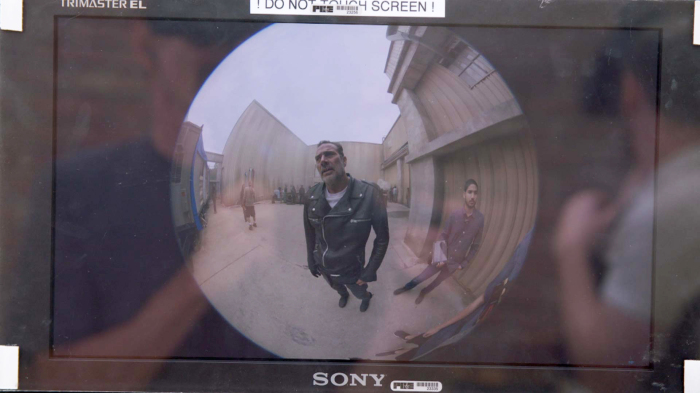 Now you can experience the full terror of turning into a zombie from “The Walking Dead” in AMC’s new virtual-reality app.

The 360-degree scene, which will feature Jeffrey Dean Morgan and Seth Gilliam, will debut on the app following the upcoming season-eight premiere. The scene, produced by Moth + Flame, was directed by Greg Nicotero, an executive producer and special effects makeup supervisor on the series, and co-directed by Kevin Cornish.

The app, available now for iOS, Android, Gear VR and Google Daydream, will give users the ability to step into the worlds of The Walking Dead and other AMC shows. Viewers will be able to experience virtual scenarios like becoming a walker from The Walking Dead or getting Hong Kong-style martial arts training from the Into the Badlands Fight Camp.

Users will also be able to watch the latest AMC trailers and behind-the-scenes video in the AMC VR app’s screening room.

While AMC VR may be the network’s first dedicated virtual reality app, some if its shows have already been quite active in exploring the medium on their own. Skybound Entertainment, the production company co-founded by The Walking Dead creator Robert Kirkman, has made a point of bringing the property to VR tie-ins, a lineup of new VR games, and is also exploring the medium with other projects like the immersive theater adaptationDelusion.

Just for a reminder, this company recently announced a partnership with the startup Dreamscape Immersive to bring VR experiences to North America and the U.K. As part of the agreement, AMC will be the lead investor in a $20 million series B financing round. It will commit $10 million in equity investment and will finance up to six Dreamscape Immersive VR centers within AMC cinemas and standalone locations in North America and the U.K. over the next 18 months.