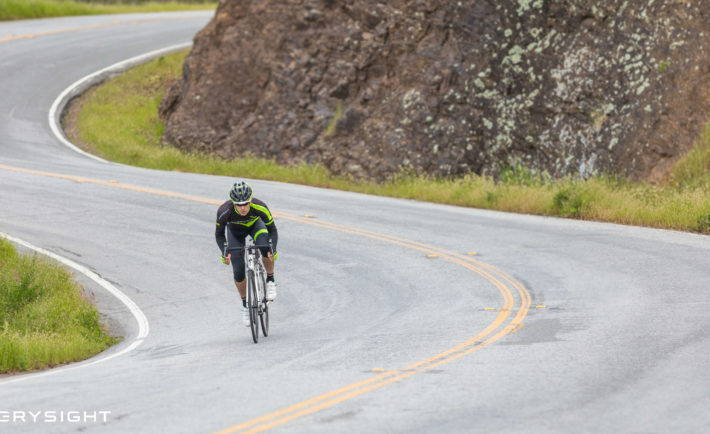 A consumer augmented reality company Everysight announced price point, feature set and have launched details for their Raptor AR Smartglasses (Raptor), the first consumer-focused augmented reality smartglasses for cyclists, triathletes, and early adopters. Raptor smartglasses enhance performance using augmented reality to provide riders with the real-time information they need to become faster, fitter, and more efficient. The glasses are coming in three colors (all black, black with green trim, and white with blue trim) and have a price of $649 for the 16GB and $699 for the 32GB versions. Additionally, Everysight will offer accessories such as a handlebar control system, RX frames, and tinted visors.

Consumers can register for a special pre-order invitation at https://everysight.com/. Invitation quantities are limited. Distribution of US invites will begin November 15th and recipients can immediately pre-order their Raptor at the early adopter price of $499 for the 16GB and $549 for the 32GB. Shipments will begin in February 2018.

Due to regulatory approval processes, registrants in the UK and EU will receive invitations in January 2018, and will be able to pre-order Raptors at the early adopter price, with shipments beginning in April 2018.

Raptor AR Smartglasses enhance a rider’s experience and performance by displaying What Matters in Real Time — Patented BEAM™ Technology and ANT+/BT connectivity mean that Raptor overlays sharp, high-resolution, yet semi-transparent, information such as heart rate, cadence, speed, power, distance and more, out in front of riders at all times.

“Our legacy in AR Systems goes way back as being spun of out of Elbit Systems, the worldwide defense company leader in Helmet Mounted Systems for Fighter Jet and Rotary Wing pilots. We have been working on consumer specific AR technology for more than 15 years and long before Google, Apple, and Facebook, we saw and invested in AR’s transformative potential to alter the way we receive and ingest real-time data and information from the world around us. Today, we are excited to bring Raptor to market and cannot wait to show off our upcoming product line-up for 2018 and beyond,” said Asaf Ashkenazi, CEO of Everysight.

Just for reminder, Everysight recently  announced its first brand athlete, Chris McCormack (Macca), hailed by ESPN as “The World’s Fittest Athlete”. “Everysight Raptor is a monumental leap forward that will revolutionize the way we consume and interact with information while training and racing. Once you’ve experienced Raptors, there’s no turning back – you’ll never want to ride without them. They are amazing, an absolute game-changer,” said then Chris McCormack, Everysight Brand Athlete, Triathlete Hall of Fame inductee, and co-founder of the Super League Triathlon Championship.