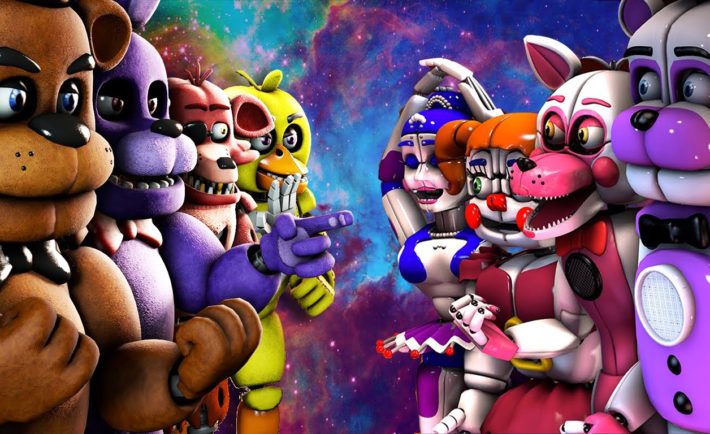 Love it or hate it, the Five Nights At Freddy’s franchise is a pop culture sensation. Thanks to frequent releases from its single developer, Scott Cawthon, a highly dedicated fanbase, an intricate lore, and gameplay perfect for Let’s Players, FNAF exploded onto the scene a few years ago. Its influence is still felt today by a renewed interest in indie horror titles, and under Cawthon’s own encouragement, fangames for the FNAF series have been popping up for quite a while. The most recent of these, and perhaps the most impressive of them, is a partial remake of the first game in Virtual Reality, called Vive Nights At Freddy’s.

Vive Nights at Freddy’s features the first two of five nights from the first game, as well as an exclusive Halloween night, made just for the fangame. The original FNAF was composed of point-and-click gameplay alongside pre-rendered CG animations, making it relatively basic from a technical perspective and also really easy to run on low-end machines. This remake, however, can’t get away with that and has to go for fully 3D-modelled and textured areas and characters in order to be an immersive experience. While it uses a lot of assets and inspiration from the original, it’s a much more impressive achievement from a technical standpoint, allowing a truly immersive horror experience that the original can’t compete with.

At the time of writing, the developer has stated intentions to eventually remake the full game, with some of his own twists. To download and play Five Nights at Freddy’s for yourself, head over to its page on Gamejolt for download links, a developer blog and more. The title is primarily for the HTC Vive, but it has support for the Oculus Rift with Oculus Touch controllers as well. If you’d like to see it in action, we’ve embedded a video of the game below.

Are you interested in this VR fan remake of Five Nights at Freddy’s? Have you had enough of FNAF in general and don’t want to keep hearing about it? Comment below and let us know!