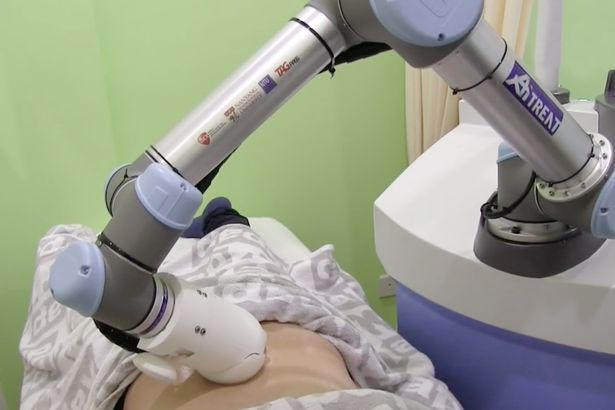 Singapore is developing a robotics ecosystem with Malaysia, Thailand and Vietnam in a bid to take the regional lead as businesses worldwide increasingly use such technology to transform their operations.

We are already aware that AI does great benefits in schools and hospitals, but did you know that you can actually get a massage from the robot?

A robot masseuse named Emma is now offering Singaporeans high-tech back rubs with a gigantic metal arm and warm silicone tips which its creators say perfectly mimic the human touch.

The product of Singaporean startup AiTreat, and developed by Nanyang Technological University graduate Albert Zhang, Emma isn’t necessarily intended to replace human massage therapists. Instead, the idea is that as the population ages and therapists’ workloads thus increase, the technology will allow them to tend to two patients at once – they’ll work on one themselves, while Emma (as instructed by them) will work on another.

For about 60 to 150 dollars, patients can benefit a conventional package that includes consultation, acupuncture, and a 20-minute massage.

“This is the world’s first commercially used masseuse. For decades scientists and researchers have tried to develop massage giving robots but we are the first to commercialize it, to develop a real robot able to give massages that we can actually use,” said Zhang Yizhong, the director of the NovaHealth.

Additionally, patients should be able to receive longer massages, as there won’t be a problem with anyone’s hands getting tired, just don’t ask for a happy ending.