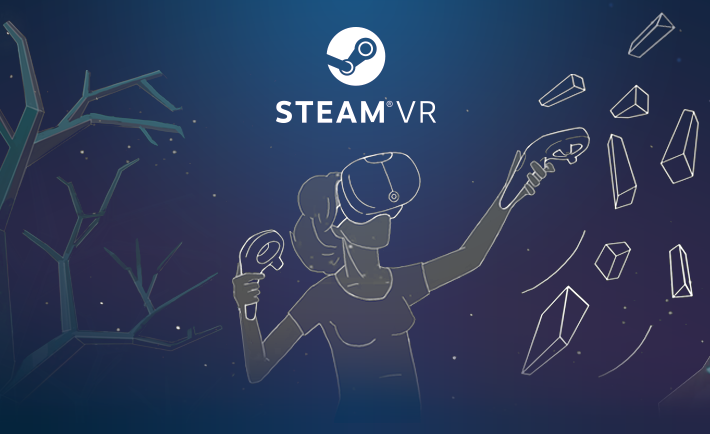 SteamVR is essentially an extension of Steam, allowing a virtual hub for playing and purchasing VR applications. Since its release with the HTC Vive (and eventual compatibility with the Oculus Rift), SteamVR has been a favorite among VR enthusiasts everywhere.

In addition to SteamVR and its library of games, Windows Mixed Reality headsets will also have access to Microsoft’s own Store and Cliffhouse, which will function as a storefront for VR experiences and a hub for VR, respectively.

The difference in required hardware specs between Windows Mixed Reality and SteamVR is quite different, however.

Mixed Reality starts with a baseline of an i5-7500U alongside 8GB DDR3 RAM and Intel HD Graphics 620. Mixed Reality’s “Ultra” spec is a lot closer to SteamVR’s recommended spec, with an i5-4590 and a GTX 960 (or better) needed for an Ultra experience.

SteamVR’s recommended specs, meanwhile, start with a GTX 970 and an i5-4590. Nowadays, people generally recommend a modern i5 and a GTX 1060 (or better) for playing the latest Oculus Rift and HTC Vive titles on PC.

The Mixed Reality SteamVR preview is recommended an even higher spec, with the minimum GPU spec starting at a GTX 1070. According to the disclaimer on the Steam page, a PC below these recommended specs may still be able to run the preview, but this will likely negatively impact performance at the current stage of development.