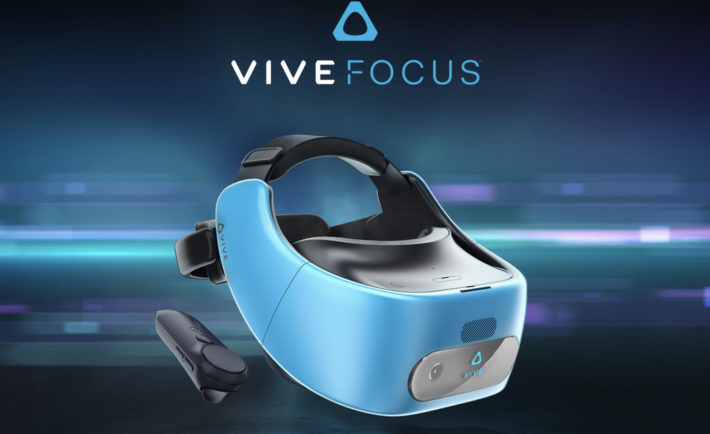 HTCs latest announcement is a new headset, but it’s not the Vive 2 or anything. Not exactly. The new headset is called the HTC Vive Focus, and for the time being it seems to be aimed squarely at the Chinese, so how relevant it is for Western consumers is a valid question to ask.

Even without Western availability, though, the Vive Focus is still worth talking about, for multiple reasons.

First and foremost is that it’s a completely standalone headset, meaning that it functions separately from any smartphone or PC. Its internal hardware boasts, among other things, a high-res AMOLED display and a Snapdragon 835 processor. These will be immediately familiar to any mobile technology enthusiasts reading – the Vive Focus seems to be cramming high-end phone hardware into a standalone headset.

Secondly is that, despite its current Chinese destination, the Focus actually started out as HTC’s standalone Google Daydream headset. Instead of shipping a Google Daydream headset stateside, it seems like HTC has decided to take another option and release the headset in a form tailored for the Chinese market instead. This doesn’t bode well for the Daydream program, and raises interesting questions about its continued support by other manufacturers.

Thirdly, and most importantly, is that the headset will support the cross-platform Vive Wave platform. This allows VR content to be developed for mobile VR headsets, like the Wave, while also being playable on PC. Viveport, HTC’s already-popular storefront for VR applications, will also be supported, but not all applications will be compatible with the Vive Focus.

The HTC Vive Focus seems to be HTC moving away from Google and Valve to see what they can do with a headset that’s truly standalone- not only from a hardware perspective, but also without their previous partners in VR. How The Vive Focus does in China may well determine the nature of HTC’s continued presence in the VR industry.