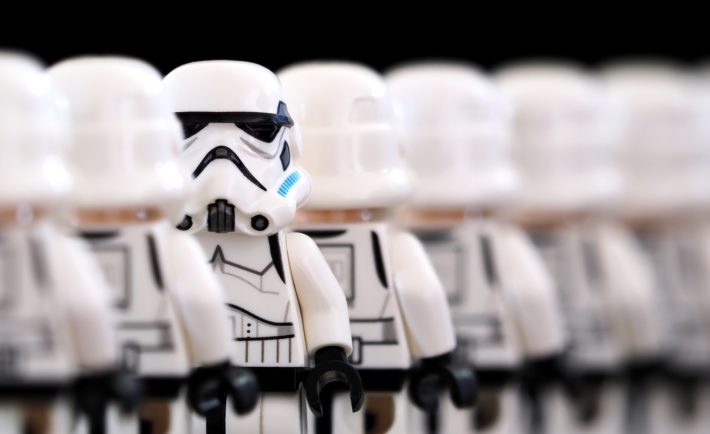 A new Star Wars Virtual Reality experience is heading to London’s Westfield shopping centre next month, allowing fans of the sci-fi franchise to experience a mix of interactive sets and real-time effects.

Star Wars: Secrets of the Empire is an experience that is also opening to the public next month at Disney resort location in Florida and California. It brings virtual reality technologies courtesy of VR startup The Void to the storytelling wits of Lucasfilm’s ILMxLAB to the dazzling theme parks know-how of Disney. What results is a walk-around VR experience that will drop plenty of jaws and open up quite a few people to the state of child-like wonder that VR has often promised but not quite as often delivered.

“We’re always trying to tell the right story for the right platform,” says Vicki Dobbs Beck, ILMxLab’s executive in charge. It’s an “opportunity to step into the world of Star Wars. You feel it and experience it through your senses–there’s heat and smell–and a lot of things that you couldn’t do in any other way.”

Alongside the pragmatic droid K-2S0, teams must navigate through an enemy facility walking into danger at every turn. Disguised as stormtroopers, with blasters in hands, they’ll solve puzzles, and fight giant lava monsters in an effort to fulfill their team’s orders.

As well as a VR headset, there are also special practical effects in the play space to further add to the illusion of being part of a Star Wars adventure.

Virtual reality as a whole is expected to be a $38 billion industry by 2026, but consumer VR has gotten off to a slow start since the first hardware hit store shelves in 2015.