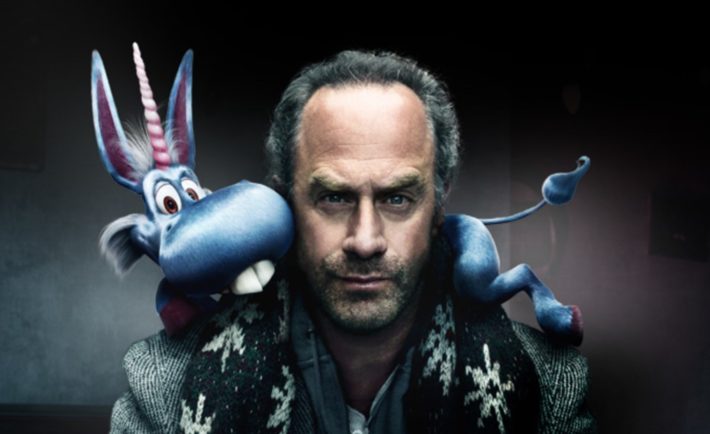 Did you ever wanted to know what it feels like to live with fairy-tale creatures that no one else can see? Syfy just might have the right show for you, and an augmented reality app to boot.

The series follows Nick (Christopher Meloni), a former cop turned hitman who has descended into a self-destructive lifestyle. After a near death experience, he encounters an imaginary flying unicorn called Happy! (voiced by Patton Oswalt), who engages him in a quest to save a little girl and, therefore, gives him purpose again.

That exact imaginary unicorn can be yours as well. The new Happy! app from SYFY Digital arrived on Wednesday, and features the titular unicorn doing everything from answering questions to defecating on your floor (but not really). Oswalt continues to voice the titular unicorn, and you get the benefit of hearing him talk to you as he floats through your bedroom.

The result is that the app works with both — AR-enabled phones and those who can’t run ARKit, or Google’s ARCore, yet. A simplified AR version just overlays Happy the unicorn over a view of the camera.