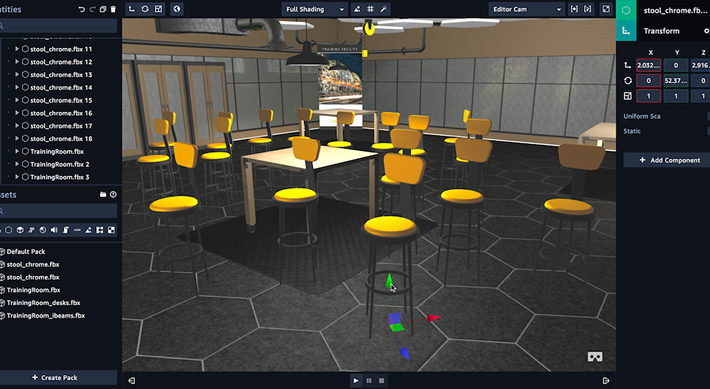 Amazon is one of the biggest names in tech, and this doesn’t stop with its status as a storefront. Another way Amazon has made its impact known is through its Amazon Web Services, which serve as a backend for applications worldwide. AWS offers server infrastructure and tools well beyond the scope of typical indie developers, and for this reason, it’s a favorite among enterprises and indies alike.

So when Amazon makes an announcement in this space, everyone pays attention. Sumerian, software tools debuted by the retail giant, is an extension to the Amazon Web Services platform, and it focuses on the creation of virtual reality, augmented reality and 3-D applications. Sumerian aims to do this by providing a user-friendly web interface for all kinds of development, from basic 3D scenes and rendering to full-blown VR experiences.

Applications developed in Sumerian will be compatible with Oculus Rift, HTC Vive, iOS (via WebVR) and, eventually, ARCore on Android devices. This list of compatibility is sure to expand over time, with Amazon’s capabilities taken into consideration.

For a more detailed look at Amazon Sumerian and its capabilities from Amazon themselves, head over to their blog post on the matter to read up on it. If you’re a developer and ready to dive in deeper, you can also start checking out the documentation and signing up for the preview right now.

Where things go from here is anyone’s guess, but we think it bodes quite well when all of the biggest tech companies are well and truly behind VR/AR platform.

Feel free to comment below and give us your take. Do you think Amazon Sumerian will make VR/AR development more easy and accessible? Does this bode well for our scene’s future?