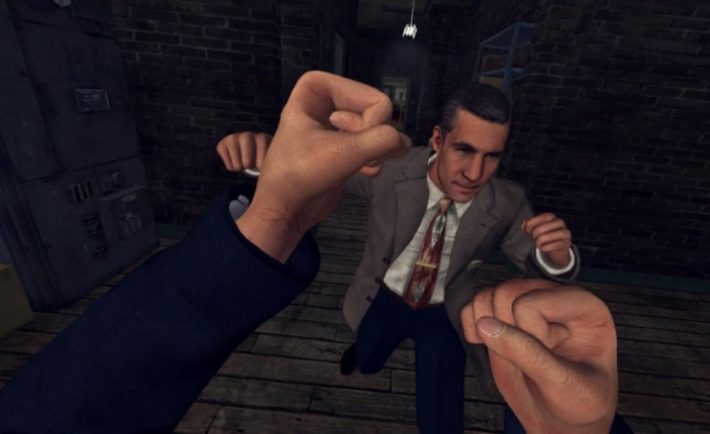 Following up on the recent release of new, enhanced versions of L.A. Noire on several platforms, Rockstar Games has confirmed a release date for L.A. Noire: The VR Case Files for HTC Vive.

Originally slated for release in November — alongside releases of L.A. Noire for Nintendo Switch, Playstation 4, and Xbox One — the new VR variant will debut on December 15th.

Gamers familiar with the original or revamped L.A. Noire will experience a game story still set in the criminal underworld of 1940s Los Angeles, but with seven cases from the original game revamped into a VR environment.

Players will take a first-person perspective and virtually become the game’s protagonist, Detective Cole Phelps, including having the ability to perform physical actions such as reaching, examining and manipulating clues.

Those playing the VR-enabled L.A. Noire will also have the opportunity to engage in virtual shootouts and interrogate witnesses. The detective’s notebook will also be able to used much like its real-world counterpart, allowing gamers to write freehand notes.

L.A. Noire: The VR Case Files is already available for pre-purchase on the Steam Store, at a price of $29.99 US dollars.