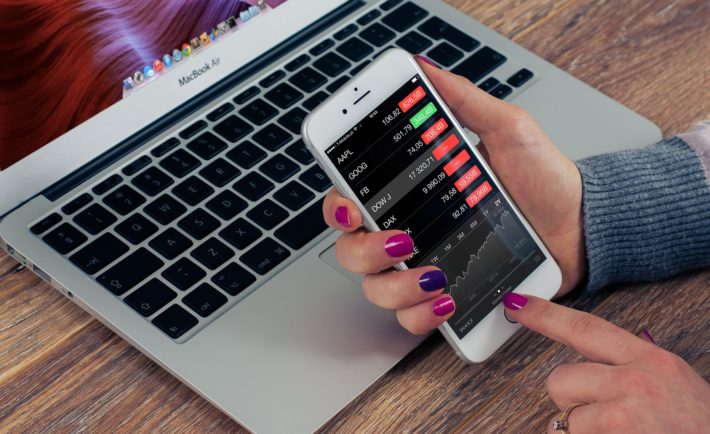 Have you ever thought that maybe artificial intelligence isn’t just to ‘destroy all humans”, but maybe also to help us? Nowadays when everyone is talking about investing in crypto currencies, and bitcoin price is being bullish to the end, using Artificial Intelligence to predict Crypto currency value seems like a smart idea.

Bitcoin Bubble Burst, presented at the Disrupt Berlin hackathon by Claudio Weck, Saad El Hajjaji, and Karthick Perum, watches major price changes for you and tracks news events that could affect prices and alerts you in real time. It thoroughly analyses the trades with deep learning and social media and news with cognitive computing like sentiment analytics to know rapid changes before they take place.

“The idea came from discussions we had inside the team about whether the bitcoin bubble will burst soon, or will the value keep rising,” Saad El Hajjaji, one of the team members, told Digital Trends. “Since it’s a topic that many people are interested in, we thought it would be good to try and predict the changes before they take place, so that you always stay in the loop.”

While this application and many like it are definitely being useful tools, there could be some potential mistakes that we should be aware of. Loads of bad news reports and negative sentiment on social media could trigger sell-off messages on apps that can lead to the very situation they are trying to predict.

Developers said that they have plans to introduce some customizable triggers for users, so they don’t get flooded with push-notifications. They also seem to back the algorithms their software is using, according to their website: “Utilizing sentiment analytics we can get a numeric picture of the current event. Our model learns which patterns are ‘odd’ and when to contact you via notification.”