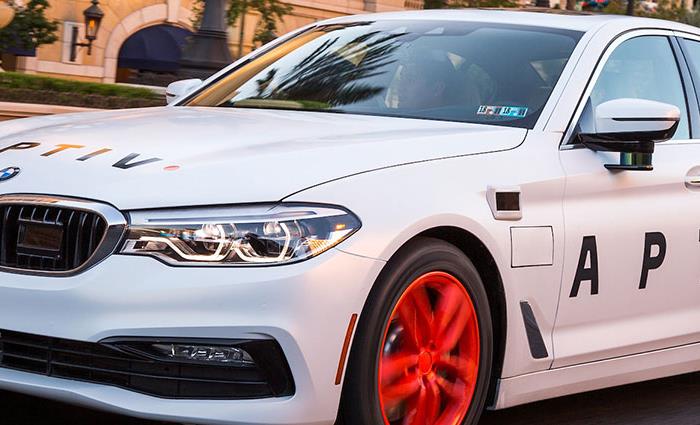 Delphi Automotive decided to transform itself from a traditional automotive parts supplier into a tech company focused on autonomous driving. The company is spinning off its powertrain division into a separate entity called Delphi Technologies, and rebranding everything else under a new corporate name — Aptiv.

“Delphi Technologies enjoys a balanced revenue mix, robust cost structure and veteran leadership. Also, the company is capable of complying with the strict automotive regulations, pertaining to lowering of the CO2 and other toxic emissions from combustion engines by a considerable amount,”the company announced.

They added that Aptiv is now in a position to solve complicated challenges embedded in greener, safer and more connected mode of transportation. “The expertise in software and vehicle architecture will aid in automated driving, improved safety, better user experience, and connected services.”

Intel is “a very strategic supplier of Delphi‘s,” says CEO of the company, Kevin Clark. That partnership “doesn’t necessarily have to mean a financial investment of one party into another,” he said.

Aptiv, which will trade under the symbol APTV, will design and produce electronic systems, advanced safety technology and integrate the hardware and software for self-driving cars.

He added that it is presumed that the demand for systems that allow cars to pilot themselves on limited access highways or in traffic jams, with a driver ready to take control, will grow more rapidly over the next seven years. “Aptiv’s revenue from so-called Level 1, 2 and 3 automation will grow to $1.8 billion a year from $500 million today,” Clark said.

Delphi was already heavily involved in self-driving cars before its reorganization as Aptiv. The company sent its own prototype self-driving caron a cross-country journey between San Francisco and New York in 2015, and joined the BMW-Intel-Mobileye autonomous-driving alliance after that. Earlier this year, it purchased Boston-based autonomous-driving startup NuTonomy.