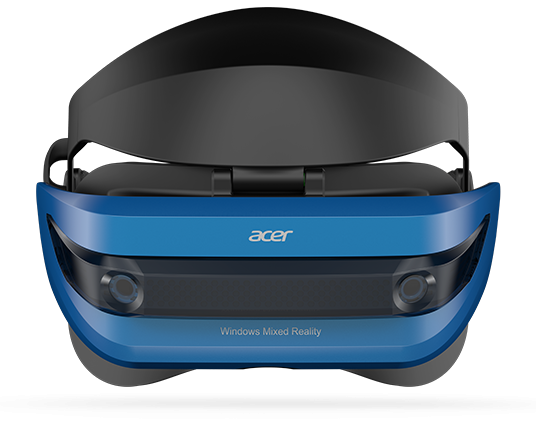 Taiwan-based computer hardware manufacturer Acer this week introduced their Windows mixed reality headset to consumers in India. The announcement came at the conclusion of the Acer-sponsored Predator League gaming event in Bengaluru.

The headset, which boasts a 2880 x 1440p resolution and up to 90 Hz refresh rate, was released in North America in early October. The headset also features a 13-foot cable.

Pricing in India is not yet available, although will likely be near US pricing, which is approximately 19,200 Rs. given exchange rates at the time of this article. This is, notably, the first Windows MR headset to be made available in India.

Like other Windows Mixed Reality (MR) headsets, a relatively powerful computing platform is required for its use, as is the latest version of Windows 10.

The announcement comes on the heels of strong financial numbers from Acer.

The company reported last week that consolidated revenues were up 3.89% year-on-year on a constant currency basis (and up 9.58% measured in US dollars), and were up month-on-month over 5% (regardless of currency basis).

Acer indicated the increases were primarily due to holiday spending.