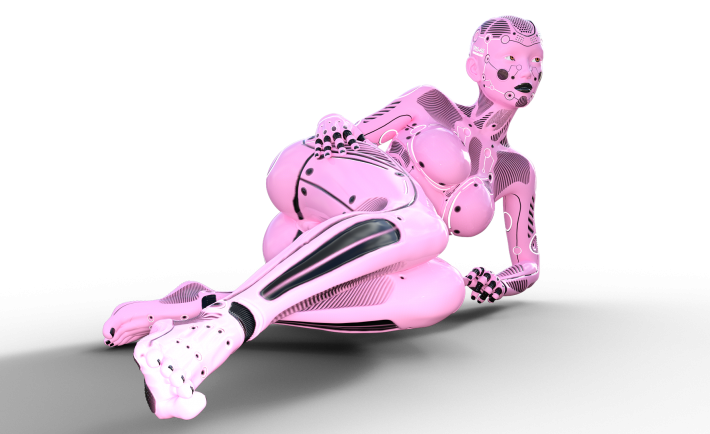 Whether Sophia the Robot should wear abaya or not – still has to be decided. However, her sister oponent doesn’t have such problems. Samantha, the sex robot has some serious problems since, at the latest Ars Electronica Festival in Linz, Austria, she was reportedly molested.

Her inventor, Sergi Santos, shared that the robot, worth over $4000 “was heavily soiled” by the men. Santos added that two fingers were broken whilst they were mounting Samantha’s breasts, legs and arms, causing her to break down entirely. It seems that now she has to fly out to Barcelona, where she would be cleaned and fixed. Although the body parts were ruined, the software remained fine.

“People can be bad. Because they did not understand the technology and did not have to pay for it, they treated the doll like barbarians. Samantha can endure a lot, she will pull through,” said Santos.

He is said to successfully sell 15 of these dolls, perhaps in part due to the current sex doll trend in Austria’s sex industry. Samantha is described as an artificial companion because she’s able to converse about many topics, like philosophy and science, and tell thousands of jokes. She is nothing like a novelty blow-up sex doll, and far more realistic than a high-quality mannequin.

Every aspect of Samantha is customizable, from her hair to her eyes – which have the ability to move – and the features of her face. Additional touch sensors line her head and body, inside her mouth and other bodily entry points, so that she can respond accordingly. Every word she speaks, including the sounds she makes during climax, can be hand-picked by the customer.

However, even though this story may be funny, Santos is right when saying that people (in this case, men) can be bad. Is it normal to give a man the opportunity to smash, molest and “rape” a model of a woman’s body? Who is responsible for the “attack”? Will they be punished in any way or is it ok to do it – just because it’s not alive?