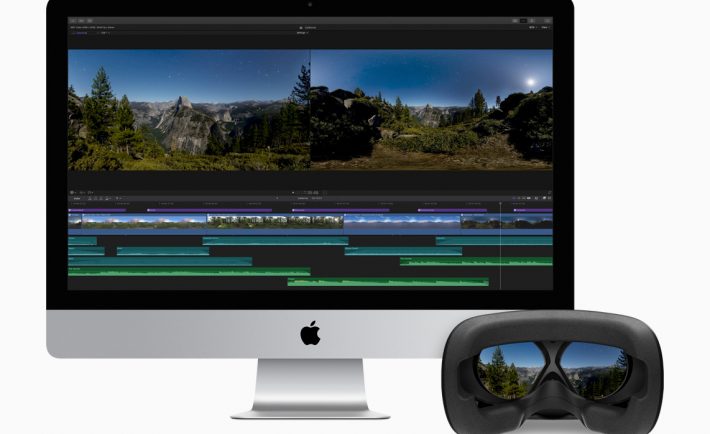 Also upgraded are Apple’s Motion and Compression applications. Motion is Apple’s companion app that is used for creating and editing motion graphics, titling, and composting, while Compressor is intended for video and media compression.

Among the new VR-specific features in Final cut Pro X are 360-degree 2D or 3D titles; VR-specific blurs, glows and other effects; controls to assist in editing out camera rigs from equirectangular videos; the ability to add standard photos and videos into VR projects; and direct export of 360-degree video to YouTube, Facebook and Vimeo.

“When combined with the performance of Mac hardware, including the all-new iMac Pro, Final Cut Pro provides an incredibly powerful post-production studio to millions of video editors around the world,” concluded Prescott.

Final Cut Pro X currently has over two million seat licenses. Pricing for new users is $299.99 US for Final Cut Pro X, and 49.99 US each for new users of Compressor and Motion, with free upgrades available to existing users for all three applications.