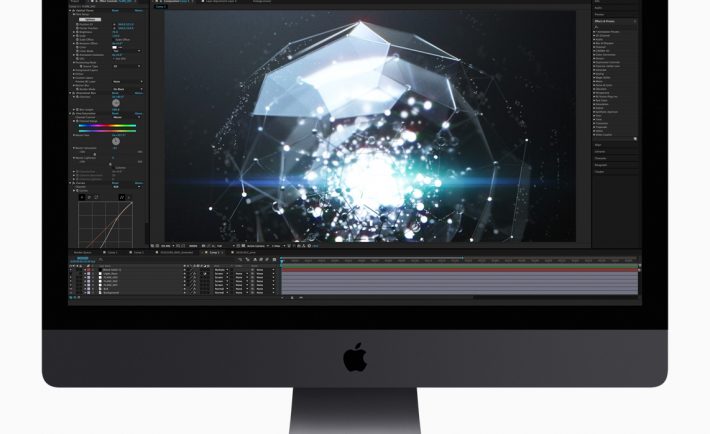 Those in the market for a very expensive, last-minute Christmas gift may be in luck — on December 14, Apple made its new iMac Pro available for purchase. Lauded as the most powerful Mac in the company’s history, the workstation-class iMac Pro features Xeon multi-core processors, a 27” 5K Retina display, and heaps of additional features.

That this new machine is being released at the same time as a significant upgrade to Final Cut Pro X is not coincidental. This is decidedly not a computer intended for consumer audiences — it is, rather, a powerful workstation intended to provide the raw computing power needed for tasks like software development, 3D design, and VR production.

“iMac is the most popular desktop for our pro users due to its amazing display and elegant design, so we completely re-engineered it to deliver performance far beyond what anyone thought possible in an all-in-one.”

According to some estimates, the pricing is roughly the same as that of a custom-built PC with similar specifications — but of course a custom PC would not have the all-in-one form factor, nor Apple’s extensive support options. On the latter point, AppleCare is comparatively inexpensive for this model — and even lower-priced than AppleCare on a Macbook Air.

Those needing more performance and storage, however, can opt for a range of (albeit pricey) upgrades to all components, with top-end models maxing out with 18 cores, 128GB of RAM, and a 4TB SSD.

Graphics processing can also be upgraded from the base model to a Vega 64 processor with 16GB of memory.

But going beyond the base model is costly — the highest configuration iMac Pro will set you back $13,199. Moreover, as is usually the case, a profit cushion does seem to be built in when comparing incremental component costs on upgrades to what Apple charges for their higher-end configurations.

The end result, according to Apple, are massive performance improvements compared to their existing quad-core Mac models — in some cases tripling or quadrupling performance.