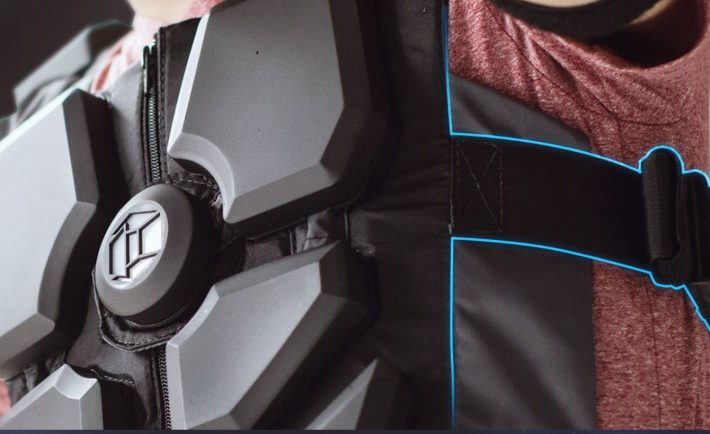 Hardlight VR is a company focused on making their Hardlight suit a reality. The Hardlight suit is essentially a suit that can be worn over your torso and arms to provide full haptic feedback in accordance with the games you’re playing, as well as detailed arm tracking. When used alongside VR motion controllers and a full head-tracking headset like the Vive, this pretty much brings your entire upper body into VR, sensation included.

Recently, Hardlight VR showed off a Mark III version of their Hardlight suit. The Mark III drops the price of the Hardlight suit down to $300 from $630. How exactly they managed to drop the price isn’t known, but according to Hardlight’s CEO, faster progression in production allowed this to happen.

Of course, a new VR peripheral like this one doesn’t mean much without developer support. Unlike, say, a VR treadmill, you can’t really “hack” a solution to use the hardware in unsupported games, either. For the extra motion tracking and haptics, you need full-fledged developer support.

With innovations like these and VR treadmills, we may not be that far off from a fully-immersive VR experience. Virtual reality is always getting cheaper and more accessible, too, so who knows? Maybe in a few years, you’ll be able to afford a full-blown headset and Hardlight suit of your own for less than $400.

For now, the Hardlight Suit is available for pre-order at $300. Comment below and let us know: do you think Hardlight VR’s Mark III is worth the investment?