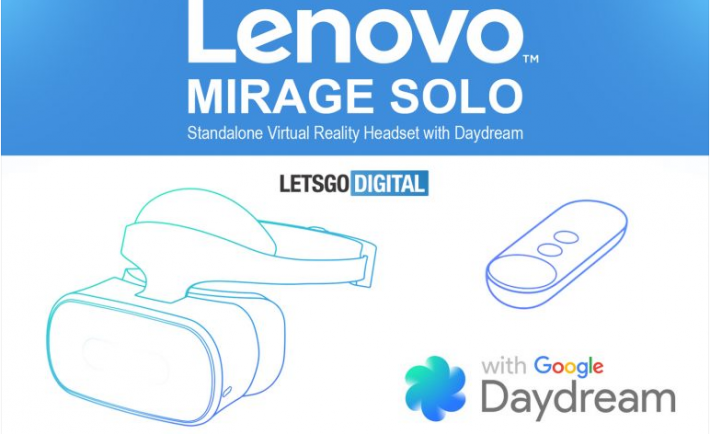 Remember when HTC canceled their plans for a Daydream headset in favor of the Vive Focus? Fortunately for Google, it looks like not everyone is splitting from the pack: Lenovo‘s VR headset is still right around the corner, and it looks like it will also be powered by Daydream. This headset is called the Lenovo Mirage Solo, and comes bundled with a standard Daydream VR controller.

As revealed by FCC filings uncovered by LetsGoDigital, the Mirage Solo is thoroughly revealed as a Daydream VR headset boasting a 4000mAh battery, support for various Wi-Fi bands (including 5.8 GHz) and support for Bluetooth 5.0. Unfortunately, there’s not a whole lot more information on the headset available besides its name and the specs laid out above.

However, there is a silver lining here. The Mirage Solo was originally intended to be released before the end of 2017, but this clearly isn’t happening anymore. Instead, we’ll most likely be seeing it at the next Consumer Electronics Show, which starts on January 9th, 2018.

With any luck, we’ll soon get more news on the Lenovo Mirage Solo. The landscape of VR is thriving in many ways, but it could use more competition, for the sake of consumers and manufacturers alike. Whether or not the Mirage Solo will provide this competition is yet to be seen, but Lenovo has a good enough track record behind them to expect a quality product.