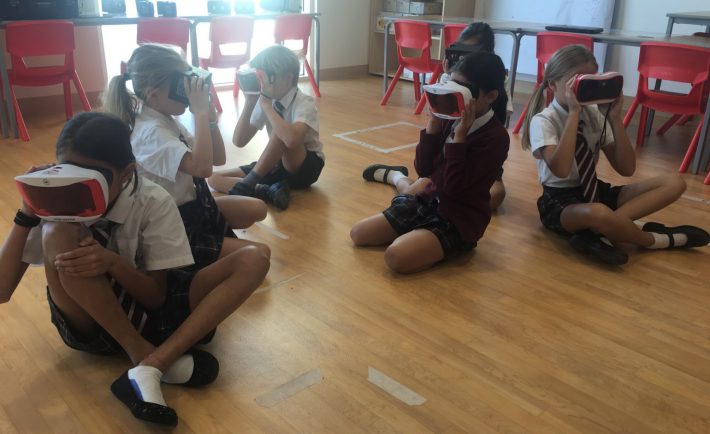 It looks like nothing is immune to the spread of virtual reality. Education certainly isn’t, and as part of Google’s push for VR in education, the company is bringing its “VR Expeditions” to students in the Middle East. VR Expeditions allow virtual tours of locations all around the world, which provides a more interactive learning experience for students.

To make this possible, Google is partnering with Munfarid, a VR/AR-centric Middle Eastern company. The partnership between the two has produced the VRXOne kit, which includes headsets for students and a tablet for instructors to control the experience. With the help of Google Expeditions, Munfarid plans to conduct one million VR expeditions at schools all around the region.

With recent stories like that of the Chinese VR zoo and university lectures conducted in VR, it’s clear that VR has taken root in education worldwide. As time goes by and hardware gets cheaper, we’re sure to start seeing even more of this tech in the classrooms. Interactive systems like VR are proven to help students learn and stay engaged in the classroom, after all.

Comment below if you already have experienced the use of virtual reality in the education system and let us know what you thought of it.