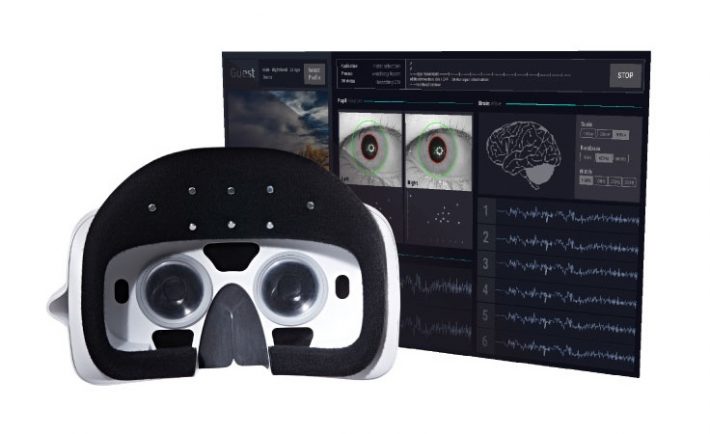 Tech startup Looxid Labs announced this week that it was awarded a Best of Innovation Award in CES 2018’s Virtual Reality category for its LooxidVR headset. Previous winners in the category have included Samsung, for their Gear VR headset, and Google, for their Tilt Brush 3D/VR painting system.

LooxidVR is a mobile-based VR headset, similar in design to Samsung’s Gear VR and Google Daydream View, with the added features of having embedded EEG sensors and eye-tracking cameras.

The result is that the headset can empower tracking its wearer’s brain activity, eye movement and pupil dilation.

“It is really encouraging to see our technology and potential recognized globally with the Best of Innovation Awards at CES 2018, where the most influential and ingenious consumer technologies are showcased,” said Yongwook Chae, CEO of Looxid Labs.

The company says it has also developed an expandable API for software utilizing their hardware, which enables the synchronized use of eye-tracking and brain-tracking data by VR software.

The headset will be available for pre-order on February 1st, however visitors to CES can get a first-hand experience with the technology this week.