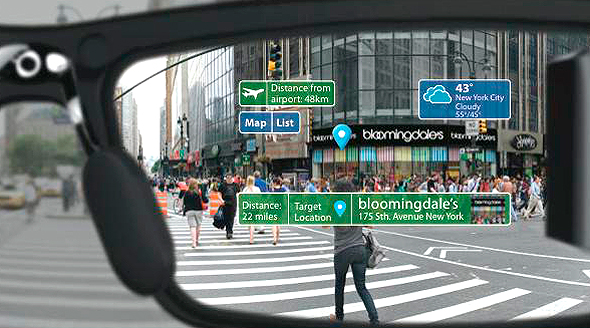 Lumus, a developer of transparent displays for augmented reality hardware is showcasing its latest technological innovations this week, at CES 2018. The company is demoing both its new Vision optical engine — a solution in the AR visor space — and is also providing a sneak-peak of technologies that will be used to empower a glasses-style AR device.

The Vision engine boasts a top-down, 40 degree field of view at 1080 pixel resolution in full colour and daylight viewability, displayed via transparent lenses that do not distort the user’s view of their natural environment.

“From ongoing discussions with tier one companies and major ODMs working on AR products, we see an early market of millions of users for whom a visor-styled device will be ideal to advance their AR journey,” Lumus CEO Ari Grobman said.

The announcement comes approximately a month after the company announced a manufacturing contract with Taiwanese ODM Quanta Computer.

That Quanta is a manufacturing partner of Apple for their Macbook and Watch products has stimulated speculation that Lumus products may form a key component of a rumoured Apple AR product that may appear in 2019.

Also of note is that days following Lumus’ announcement of their Quanta contract, the company announced still another partnership — in that case, involving Deep Optics, a maker of electronic lenses.

At the time of that later announcement, Lumus indicated they were developing a layered display system that would allow AR glasses to display both near and far content, distortion free, and without adding significant size or weight to their AR eyewear.

Notably, although this week’s CES announcement marks the first reference design for OEMs and ODMs for a visor-based AR device from Lumus, the company indicates it has several more new products, aimed at the consumer market, in its pipeline.

“Naturally, there’s another camp of consumers who will insist on a device that better resembles a pair of glasses. Lumus is developing AR displays with this camp in mind as well–so stay tuned,” Grobman concluded.