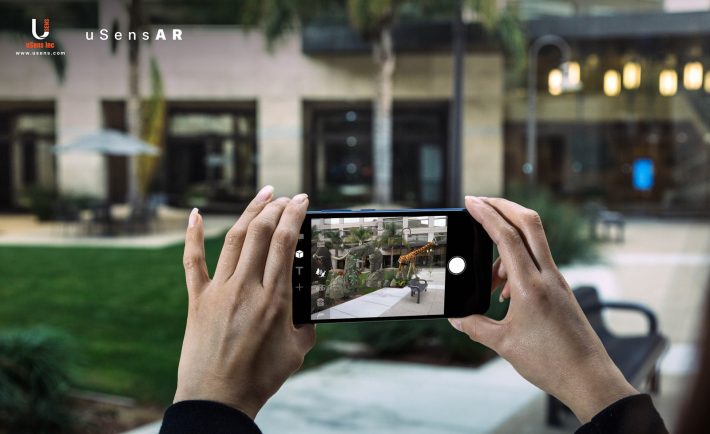 The company indicated their platform could expand the reach of AR technologies to an estimated two billion smartphones.

“With the release of uSensAR, we are allowing developers, smartphone manufacturers, and content creators to build those AR experiences not just for iPhone, Pixel and Samsung S8 users… but for the entire Android ecosystem,” he continued.

The uSensAR platform will support Unity, C++ and Java. An SDK will be released by the middle of this year.

Concurrently, the company announced a partnership with Spreadtrum Communications, who will reportedly integrate uSens’ technology in their upcoming Spreadtrum SC9853 chipset platform. The partnership is expected to empower augmented reality for hundreds of millions of users.

Spreadtrum, a division of China-based Tsinghua Unigroup Ltd., is a fabless semiconductor company that specializes in creating mobile chipsets for feature phones, smartphones, and other consumer electronics.