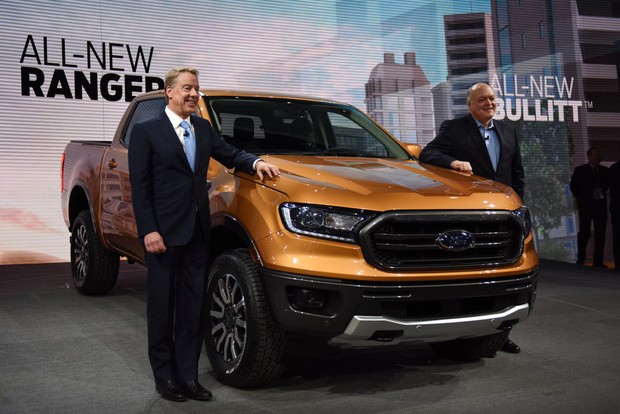 Ford Motor Co decided that they will significantly increase their planned investments in electric vehicles to $11bn by 2022 and have 40 hybrid and fully electric vehicles in its model line-up. At the Detroit Auto show that happened last week, the company’s chairman, Bill Ford, said that the whole investment is much more higher than what was previously announced ($4.5bn by 2020). He also added that this investment includes costs of developing dedicated electric vehicle architectures.

General Motors, Toyota and Volkswagen have already outlined ambitious plans to offer more electric vehicles and also did General Motors who made his announcement last week about new driverless vehicle.

Speaking at Auto Show on Sunday, Mr Ford said the focus would be on electrifying existing Ford models without naming any specific cars.

Ford chief executive Jim Hackett told investors in October the plans are to slash $14 billion in costs over the next five years. No. 2 U.S. automaker then said that they would shift capital investment away from sedans and internal combustion engines to develop more trucks and electric and hybrid cars.

From the 40 electrified vehicles Ford plans for its global lineup by 2022, 16 should be fully electric and the rest will be plug-in hybrids, executives said.

“We’re all in on this and we’re taking our mainstream vehicles, our most iconic vehicles, and we’re electrifying them,” Ford told reporters. “If we want to be successful with electrification, we have to do it with vehicles that are already popular.”

In December, Ford and Alibaba signed a deal to explore cooperation in areas such as cloud computing, connectivity and retail which could involve the sale of Ford cars on Alibaba’s online retail platform Tmall. One avenue under consideration was the sale of Ford cars on Tmall. Ford was planning to sign such a deal as it overhauls its China strategy to stimulate growth.

“The agreement aims to explore new ways to redefine how consumers purchase and own vehicles, as well as how to leverage digital channels to identify new retail opportunities,” Alibaba then said in its statement.