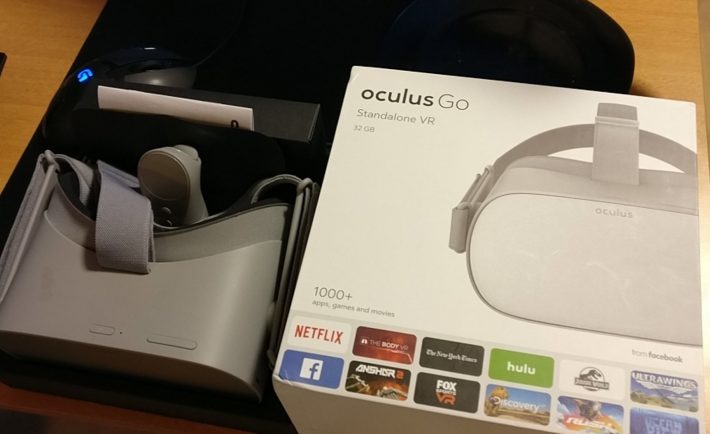 Photos of what is perhaps the most hotly-anticipated VR headset of 2018 appeared today on Twitter, only to quickly be removed — but not before at least one image ended up on Reddit. According to multiple sources, at least two developers tweeted snapshots of Oculus Go devkits that they received today, with one of those photos making it to Reddit.

The Oculus Go is intended to be an ultra-affordable, all-in-one VR solution, with units pricing in at a $199 US MSRP. Distribution of devkits also suggests that Oculus is on track to deliver the headset according to their “Early 2018” timeline.

Moreover, if product photos are any indication, even packaging looks either finalized or close to it. The product packaging also echoes previous announcements indicating that the platform will have over 1,000 apps at launch.

Others are speculating that while the system specs for the Oculus Go have been known for some time, the inclusion of a memory count on the box may indicate that headsets will come in various storage configurations.

No official announcement has been made to date by Oculus in terms of a launch date.