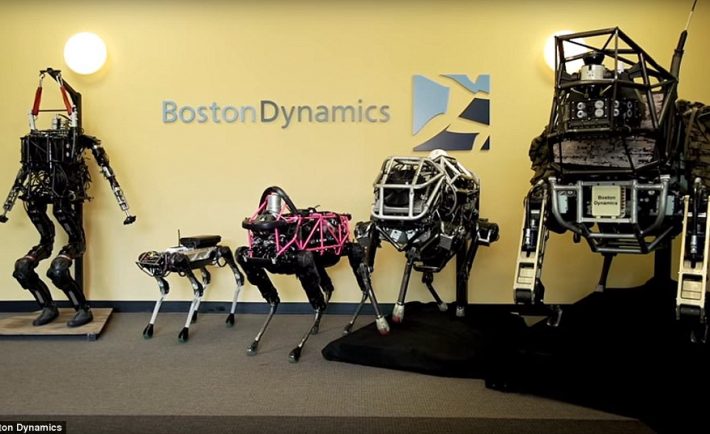 We all remember Atlas, the “crazy” robot that was jumping and doing flip-overs all around. Well, now he got himself, well, a “pet” in a matter of speech.

On Monday,Boston Dynamics presented a kind of a “robot dog” that is learning new tricks every day.

The company, currently owned by SoftBank, showed its SpotMini bot opening a door and holding them open, using its extendable arm/neck. The all-electric droid stands 84 cm tall, features canine-like mechanics and a five-degree of freedom manipulator arm that takes its cues from a sensor suite. Among these sensors are stereo cameras, depth cameras, an inertial measurement unit and position and force sensors in its limbs. It weighs 25 kg, or 30 kg, when you include the robotic arm and is also able to pick up and handle items due to its mechanical arm and perception sensors.

The robot already had shown his possibilities last year when he was shown sorting through recycling, putting away dishes and climbing stairs of a home. This, however, is a quite a big step up, showing robot collegiality, and manners, as a matter of fact.

The SpotMini’s latest development is confirmation that progress continues to happen in Boston Dynamics.